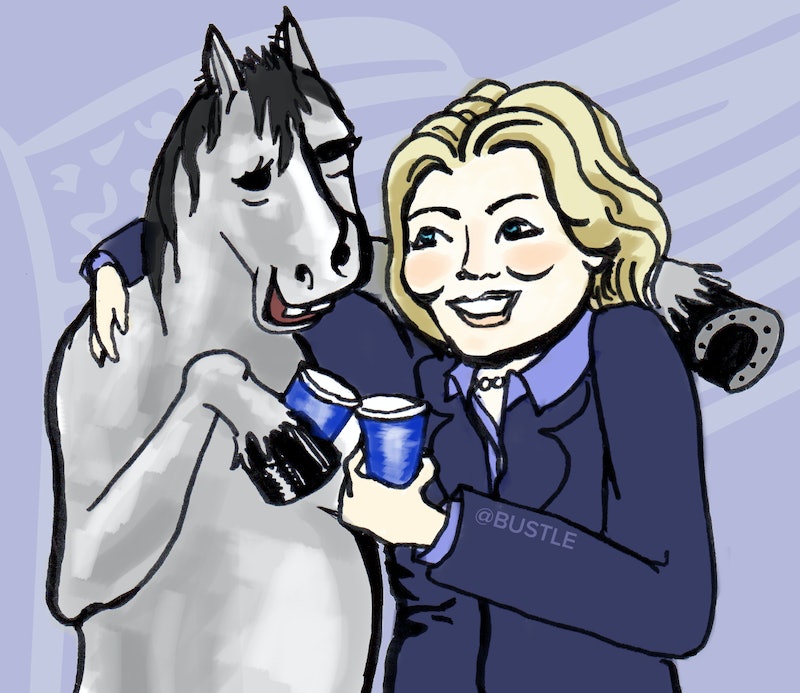 Get ready: The first Democratic presidential debate of the 2016 election cycle is coming up on Tuesday evening, 9-11 p.m. ET. No matter your party preference, debates can be stressful, exciting, aggravating, or even super boring, and there's no telling what could happen this coming Tuesday night when CNN hosts the 2016 Democratic candidates. With Anderson Cooper moderating, it's sure to be mostly smooth sailing, especially that the Democratic candidates are nowhere near as hostile towards one another as the Republican candidates seem to be. Either way, the surefire tactic for ensuring that the debate goes how we want it to regardless of the ultimate outcome is to have a Democratic debate drinking game at the ready.

It's unlikely, but not impossible, that Vice President Joe Biden will abruptly announce a run for president and participate in Tuesday's debate, and if that wrench gets thrown into the plans, Clinton and Sanders may want a drinking game of their own.

Hopefully, things won't get entirely out of hand as they nearly have in the first two Republican debates, but in case things get really heated or are impossibly dull, here's an easy way to make time fly by sipping and chugging your way through the two hour-long ordeal.

Take A Sip Any Time

Take A Shot If

Go buy your 12 packs and shot glasses, because the debate is right around the corner. CNN will stream the debate live on their website and mobile apps in addition to broadcasting the event on TV. Bottoms up!