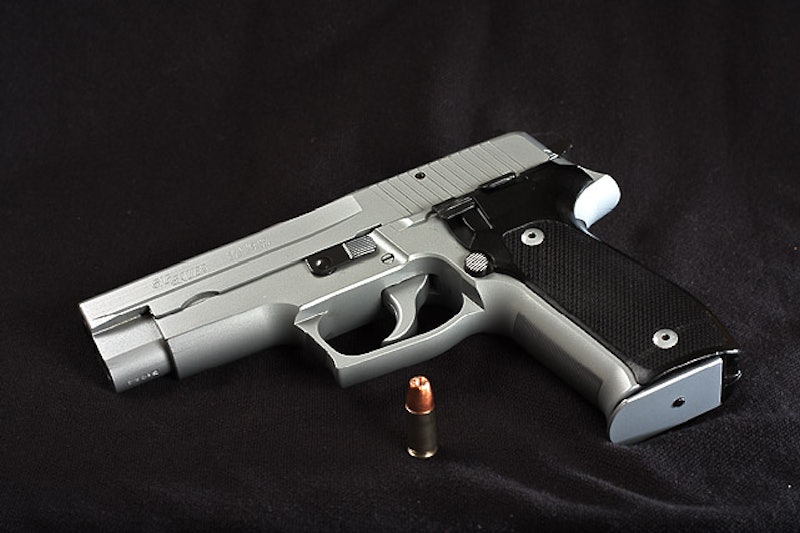 It's been a deeply depressing two weeks. Last Thursday, on Oct. 1, a mass shooting on the campus of the Umpqua Community College in Roseburg, Ore., left ten people dead (including the gunman, who killed himself before he could be apprehended). And Friday morning, a pair of shootings on college campuses have claimed a pair of lives — at Northern Arizona University, where three were injured and one killed, and Texas Southern University, where one person is reportedly injured, and one dead. It naturally makes you wonder if more mass shootings than usual have been happening this week, or whether we've just become more grimly aware of them.

From a strictly perceptual standpoint, the latter explanation would seem to make a lot of sense — you suffer one mass shooting with as high a death toll and as much exposure as what happened in Roseburg, and it's going to naturally cause people to pay more attention when other incidents go down. The numbers here are important, though, and it's tricky to actually get a solid count on how many shootings are happening throughout the country, thanks in large part to direct lobbying efforts by the NRA. But there are some non-governmental resources that can help shine a little light on things, nonetheless.

One of the best, most thorough resources out there for following this information is Mass Shooting Tracker, a project that grew out of the Reddit forum r/GunsAreCool. Part of its mission statement is to redefine what constitutes a mass shooting, because many consider the official FBI classification lacking, to put it mildly. According to the FBI's definition, a minimum of four people must die to constitute a mass shooting, with no mind paid to injuries. Mass Shooting Tracker defines it as incidents in which four or more people are shot, even if none of them die — a more sensible definition, I'd argue.

Of course, by this standard, the shooting at Texas Southern University on Friday wouldn't actually qualify, as least so far as we know now, just two people were shot, with one injury and one death. But the UCC shooting obviously qualifies, as does the aforementioned Northern Arizona University shooting.

So, what do the numbers say? According to Mass Shooting Tracker, four mass shootings occurred between Friday and last Thursday, when the UCC shooting went down, totaling a combined five deaths and nine injuries. While the page hasn't yet been updated to reflect today's events, the shooting at North Arizona also meets their standard, with three injured and one killed, meaning that five mass shootings have occurred since Oct. 2.

That, needless to say, seems like a lot. There's a dispiriting reason that you may not have been aware of some of them, which is that three happened in Baltimore, committed by hitherto unknown perpetrators, and garnered little to no national press coverage. Part of the pro-gun, typically conservative criticism of Mass Shooting Tracker is that many of these kinds of shootings aren't what the general public typically thinks of when they think "mass shooting," but are the sorts of incidents typically relegated to local crime story status.

But that's a pretty overtly political complaint, really — the question is which definition makes more sense, and is more intellectually honest. The idea that we should be aware (and more to the point, outraged and motivated) about shootings on college campuses rather than city streets is silly. Taking that broader view might allow for a more comprehensive, more intellectually honest conversation about gun violence and the statistical benefits of possible reforms, of course, but that's the kind of conversation ardent pro-gun advocates might rather avoid.

Regardless, even though five mass shootings in a week sounds like a huge amount, here's the really disturbing part — that's actually right on-pace with how things have been going this year, and slightly more positive than the average for this year. The Northern Arizona shooting would be Mass Shooting Tracker's 299th entry in 2015, and we're only on the 282nd day of the year. With an average of more than one mass shooting per day in the United States, a run of just five in seven days is actually a relative relief.

In short, if it feels like an especially bloody week in this regard, that's probably because every week is a pretty bloody week in America, and because the shock of the UCC shooting has pulled more the public attention to the subject. But it's important to remember that it's not just campuses that fall prey to this sort of thing — people in towns and cities across America fall prey to them regularly, in incidents that don't generate nearly the attention.