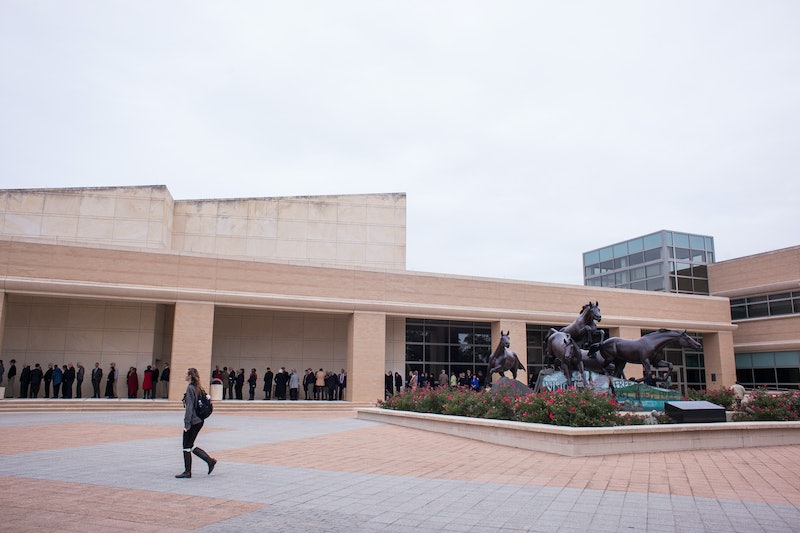 A shooting near Texas Southern University's campus in southeast Houston left at least one person dead and another wounded, according to ABC affiliate KTRK. Houston police say that a possible suspect has been detained, but the TSU campus remains on lockdown and all classes have been canceled. The shooting took place late Friday morning at the University Courtyard Apartment Complex, which is owned by TSU and is on campus property. The Texas Southern University shooting victim was identified as Brent Randall.

Texas Southern University has announced the campus is on lockdown following a shooting incident just moments ago. Early reports indicate two shot — conditions not known right now. The assailant is still at large. All staff are asked to remain in offices — students to remain in classrooms until further notice.

Pickens said that Randall — an 18-year-old freshman TSU student — died 30 minutes after the shooting. Another victim was in stable condition at a Houston-area hospital. "It's crazy," Pickens told the LA Times. "It's broad daylight."

Friday morning's shooting came less than 12 hours after a shooting on Thursday night — outside the same dormitory — injured one person. A statement issued by TSU indicated an impending increase in campus security and police presence on campus. And back in late August, another shooting near the TSU campus left one person dead and one injured. In the wake of these shootings, Pickens reminded students that they were not allowed to carry firearms on campus.

These two incidents at TSU have become part of the continually growing epidemic of gun violence in the United States. Earlier Friday morning, a shooting at Northern Arizona University left one person dead and three injured, and last week, a shooting at Oregon's Umpqua Community College left nine people dead and nine injured. Even as President Obama arrives in Oregon to meet with UCC shooting survivors and families, the University of Houston Police Department has been assisting TSU in its shooting investigations.