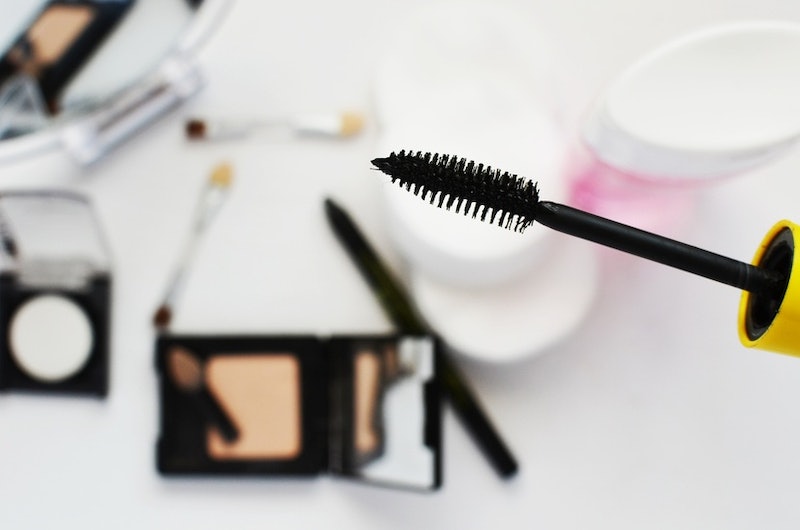 Whether you are on fleek or unfleek, chances are you have encountered this peculiar little word somewhere out there in the world. But what does "fleek" mean, exactly, when it doesn't have either "on" or "un-" to specify the context? Scientists are working night and day in order to conquer the mystery — by which I mean I am attempting to get to the bottom of it — and although its origins are murky and its definition is effervescent, I am determined to shed some much-needed light on the subject,

The first use of the phrase "on fleek" is widely attributed to flawless Viner Peaches Monroee. In June 2014, Monroee posted a Vine of herself in the car, presumably about to party quite hard, and describing how her eyebrows were well-groomed, aka "on fleek."

However, the word "fleek" itself predates Monroee's Vine by more than a decade. The earliest appearance of "fleek" on Urban Dictionary dates to Oct. 2, 2003. User Dan Blue uploaded the word, defining it as "smooth, nice, sweet." Clearly Dan Blue wasn't much of a trendsetter, because the next appearance of the word wasn't until 2009, when it was defined as "English slang [meaning] awesome."

What happened between 2003 and 2009? Alas, there's a hole in our data here, so we don't entirely know. If you were out there in the world using this word, please contact me. But in the meantime, here are several other theories as to the origin of this game-changing word.

The first time I heard the word "fleek," I automatically thought it was a derivation of another slang word: "Flee." In New York City, I've heard the phrase "flee" used constantly to describe a stylish and put-together outfit. Urban Dictionary's top definition defines flee as "to have the best clothes and sneakers looking crispy." This connection made sense to me since on fleek eyebrows are essentially the equivalent in pride to good pair of Jordans.

There are those who theorize that perhaps the origins of "fleek" lie in its similarities to the word "flick." Perhaps referring to an "eyebrow flick" was eventually boiled down to "fleek." A PopSugar article from earlier this year makes the claim that makeup lovers are very familiar with the word/action "flick" and to refer to something as "fleek" is simply a natural derivation.

In my Urban Dictionary-based research, I stumbled upon a definition of a nature I hadn't previously considered: "Fleek" might actually be an acronym. Specifically, it stands for "Flawless Letting Everyone Else Know." Even websites as official as Abbreviations.com have cited fleek as being an acronym. Whether this was the original intention or someone incredibly clever devised it later on, it's pretty perfect.

In a March 2015 interview with Newsweek, Viner Peaches Monroee admitted that the Vine in which she originally uttered the famous phrase was totally ad-libbed. "It just came to me out of the blue. I never heard of the word, and nobody else had heard of the word. I just said it, and I guess that’s what came out. That’s about it." Despite the ancient Urban Dictionary citations and other theories, the modern fame (or infamy) of "fleek" is undoubtedly attributed to Monroee. If she says it came out of nowhere, well, then we're all just basking in her etymological glory.