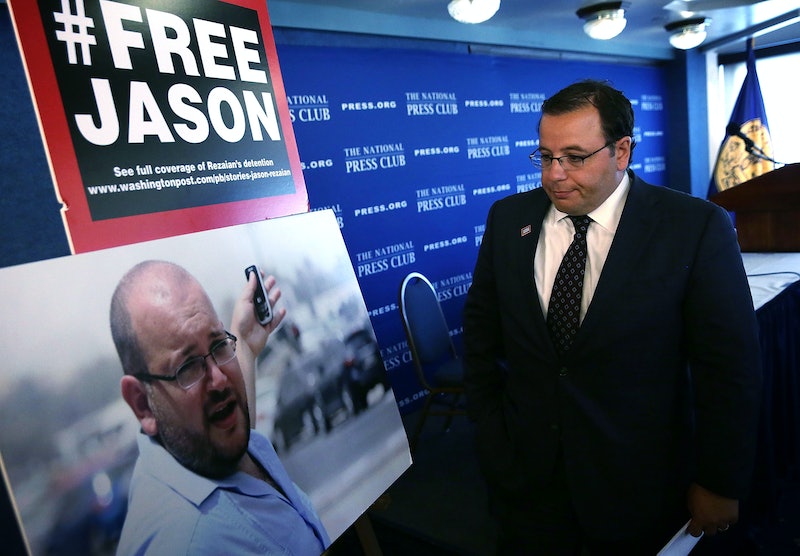 An Iranian court on Sunday issued a verdict for Washington Post reporter Jason Rezaian, who was charged with espionage and other offenses, according to USA Today. Rezaian, an Iranian-American Post correspondent in Tehran, was detained by the Iranian government along with his wife and two other people on July 22, 2014. His wife and other journalists have since been released, but Rezaian is still being held in Evin Prison in Tehran on charges of espionage, or spying on behalf of the U.S. in order to obtain political and military information, according to USA Today. The Washington Post has repeatedly denied all the charges and called for his release.

Rezaian has been in an Iranian jail longer than any other Western journalist, according to USA Today. Iranian judiciary spokesman Gholamhossein Mohseni Ejei said a ruling on Rezaian's case has been issued, but he did not specify what the ruling was, according to the Washington Post. "There is still the possibility of this ruling being appealed, and it is not final," Ejei said during a televised press conference. Rezaian's arrest and closed-door trial have spotlighted Iran's lack of press freedom. Rezaian's trial ended two months ago, but the Iranian government hasn't given any reason why the verdict has seen such a long delay, according to the Post.

For months Rezaian wasn't even told of what he was being charged, according to CNN. Iranian prosecutors eventually charged him with with espionage and offenses included "collaborating with a hostile government" and "propaganda against the establishment," according to CNN. Post Executive Editor Martin Baron has denied all allegations that Rezaian was a spy and the U.S. State Department has called the charges "absurd." Baron said that the Post hasn't received any information in addition to what Ejei said in his statement, according to the Post:

This vague and puzzling statement by the government of Iran only adds to the injustice that has surrounded Jason’s case since his arrest 15 months ago. Jason is a victim — arrested without cause, held for months in isolation, without access to a lawyer, subjected to physical mistreatment and psychological abuse. The only thing that has ever been clear about this case is Jason’s innocence. If indeed a ruling has been issued and is now being reviewed, this puts the onus on Iran’s senior leaders to demonstrate the fairness and justice that could only lead to Jason’s exoneration and release.

Rezaian’s lawyer, Leila Ahsan, told the New York Times in a telephone interview that neither she nor Rezaian's family have been given the verdict:

We have no idea whether the verdict was handed to Jason himself.

Under Iranian law, Ahsan has 20 days to appeal the verdict on behalf of Rezaian, but she made it clear to the Times that as of Sunday she still had no idea what she could be appealing against.

Throughout the trial, the Iranian government has also refused to recognize Rezaian's dual citizenship in the U.S. and Iran; the government has treated him as though he is a full Iranian citizen, according to the Post. Both the State Department and President Barack Obama have called for Rezaian's release, but — to the dismay of many U.S. politicians — the U.S. did not call for the release of U.S. detainees in Iran in exchange for signing off on the Iran nuclear deal, according to the Post. The State Department later said that it did not want Rezaian's and other detainees' releases to be used as leverage against the U.S. on the nuclear deal, and it did not want their freedom to be a casualty if the talks failed altogether, according to the Post.

Last month, Iranian President Hassan Rouhani said he would work for the detainees' release if the U.S. would release Iranians held in U.S. prisons for violating sanctions, but it doesn't seem that the U.S. has moved forward with that idea.