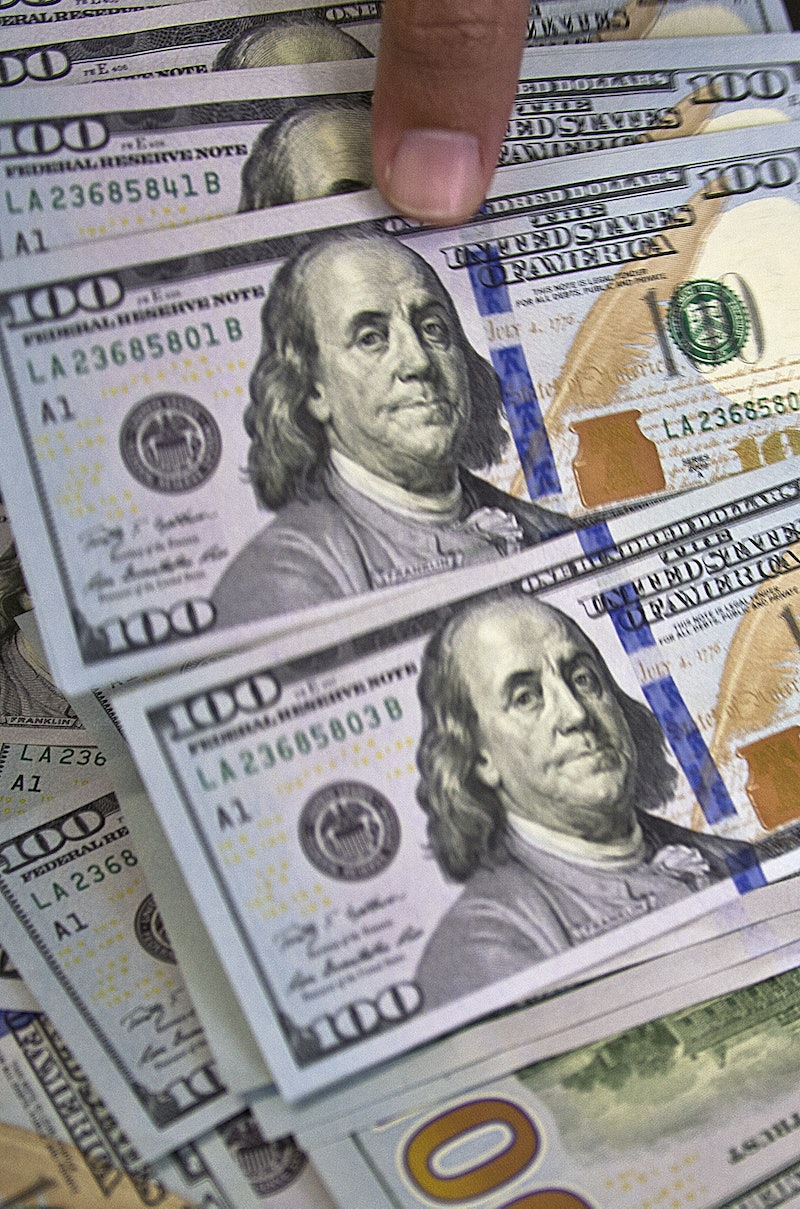 In the interest of transparency, presidential candidates have to disclose their person financial information, which means the net worth of the Democratic presidential candidates is readily available to the public. There is over 100 years of combined experience in public service between the five candidates, but you also have to wonder how much money is represented in that pool.

The Democratic party generally campaigns for financial equality, and that policy is pretty well represented in its potential nominees. Three out of the five candidates (60 percent) qualify as the top one percent, meaning they have a net worth over $1.2 million. Compared to the eight out of the 10 Republican frontrunners (80 percent) who are one-percenters, the party seems to be practicing what it preaches. The Democratic debaters definitely aren't poor, but it's reassuring to see that an inflated bank account isn't a prerequisite to being a presidential candidate.

CNN released the podium order for Tuesday's debate Sunday morning. From stage right to stage left, the debaters are former Secretary of the Navy Jim Webb, Sen. Bernie Sanders (I-Vermont), former Secretary of State Hillary Clinton, former governor of Maryland and current rock star Martin O'Malley, and former governor of Rhode Island Lincoln Chaffee. Take a look at how much each politician has in savings.

Clinton is by far one of the richest candidates in the race, with an estimated personal net worth of $31.2 million. Combined with her husband, former President Bill Clinton, the couple is worth approximately $111 million. Wow. Hillary claimed that she and her husband were "dead broke" at the end of Bill's presidency, but have clearly made their money back, largely through speaking fees, book deals, and solid investing.

Chafee's financial disclosure report was released in July, divulging a net worth of a whopping $31.9 million. But the lion's share of the wealth is contained in a trust owned by his wife, Stephanie Birney Chafee, whose family founded the Rhode Island School of Design in 1877, and who donated $1.3 million to Chafee's 2012 gubernatorial campaign.

Jim Webb's reported net worth of $4.6 million was earned very differently than any other candidate — he has published six successful novels and sold two screenplays, one to Warner Brothers and one to Paramount. His military service inspired and informed his works of fiction, which are also complemented by prolific contributions to numerous publications, including The Wall Street Journal, The Washington Post, and USA Today .

Sanders' 2015 Senate financial disclosure forms reveal that he has an average net worth of $528,014, well below the one-percent mark. Sanders has been in public service continuously since 1981, which notoriously doesn't pay that well.

The Celtic rock band frontman is another 99-percenter — O'Malley's maximum net worth is only $256,000, paltry compared to Clinton or Webb. He has some hefty loans to repay from his daughters' college education, but he's earning a few thousand dollars from the occasional speaking fee and two pensions (one from his time as a city council member and mayor in Baltimore, and then another from his two terms as governor).

Biden's future in the 2016 race is extremely uncertain, but CNN is prepared for the possibility that Biden will announce his candidacy before Tuesday. Just in case, I'll include him in this list. Biden's net worth is estimated at $500,000. Definitely not enough to bankroll his own campaign like Trump or Chafee. But of course, it's likely that Biden won't be campaigning anyway.

Personal wealth shouldn't be necessary to a campaign, but it's often a limiting factor because of all of the associated costs of running for president. Financial equality in politics is important because, just like race and gender, there shouldn't be just one type of person representing the entire country.

More like this
How Much Are The 'Schitt’s Creek' Stars Worth?
By Hugh McIntyre
Twitter Can’t Handle Liz Truss & Kwasi Kwarteng’s Drastic Tax Cut U-Turn
By El Hunt
Romance Authors Are Mobilizing For Reproductive Rights
By Natalia Perez-Gonzalez
New Coins Unveiled As King Charles III's Reign Gets Underway
By Sam Ramsden
Get Even More From Bustle — Sign Up For The Newsletter