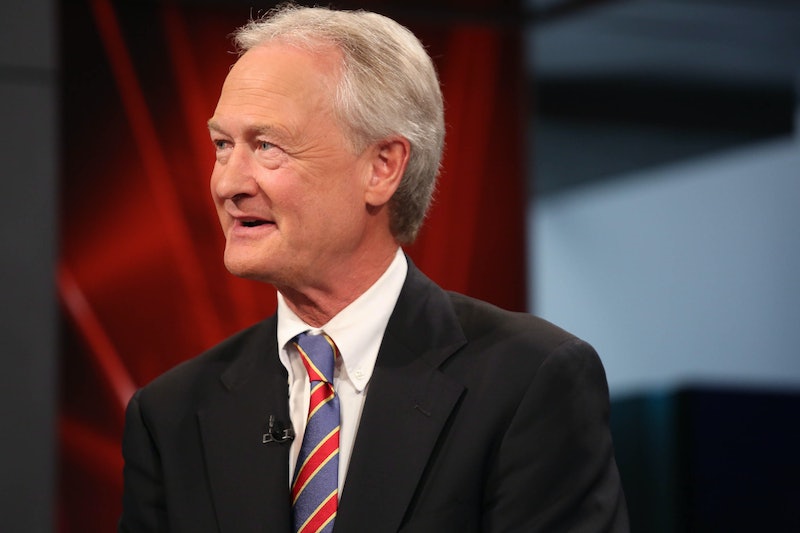 The first Democratic debate proved to be a particularly monumental event for presidential hopeful Lincoln Chafee. Chafee came into the debate at the bottom of the polls, situated all the way at the end of the row of podiums lined up onstage at the Wynn Las Vegas. In a recent Quinnipiac University poll of voters from swing states, over 80 percent of those polled had never even heard of the candidate. All that changed during Tuesday night's debate. Chafee's closing statements show a politician determined to set himself apart from the pack.

Chafee has particularly unique political history. The former Rhode Island governor and senator has switched parties a total of three times. He started his political career as a Republican when he served as mayor of Warwick, Rhode Island. His views began to shift as he set his sights first on the Senate in 1999, and he was elected as an Independent. He then went on to become the governor of Rhode Island, elected in 2011 while still a registered Independent. Just three years later, Chafee yet again changed his party, establishing himself as a Democrat. Chafee's willingness to reconsider important issues and cross party lines was something he discussed in a positive light.

During his closing statement, he highlighted his thoughtful approach to politics:

America has many challenges confronting us. Ending the perpetual wars, addressing climate change, addressing income inequality, funding education, funding infrastructure, funding healthcare, helping Black Americans, helping Native Americans; we have many challenges. Who's able to confront these challenges? I've served government at many levels. I know what it's like to solve problems at the local level because I did it as mayor. I know how to get legislation passed through Congress because I did it as a senator. I know to turn around a state because I did it as governor of Rhode Island. But what I'm most proud of is that in 30 years of public service I have had no scandals. I have high ethical standards and what I'm most proud of is my judgment, particularly in the Iraq war vote. There was a lot of pressure — political pressure, public pressure — but I did my homework. And I did not believe that the evidence was there that Saddam Hussein had weapons of mass destruction and we live now with the consequences. So that kind of judgment is what we want in a president. And I'm running for president to end the wars. I want to be the peacemaker. I am a proven peacemaker. Please go to Chafee2016.com to learn more about me.

Reactions to Chafee's remarks appear to be mixed, both humorously targeting his championing of the metric system (which he didn't discuss) and comparing his closing statement to the work of a discount mattress store or a student running for class president, rather than the leader of the free world. Predictably, Chafee highlighted his strengths serving at nearly all levels of government, as well as his consistent voting regarding the Iraq War. He also directed voters to his official campaign website before finishing.