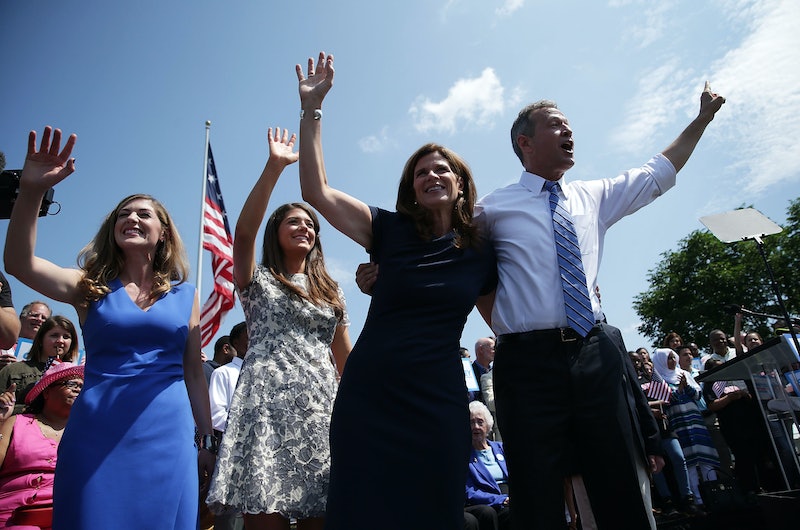 Hillary Clinton and Bernie Sanders won't be the only Democrats on stage during next week's primary debate. They'll be joined by three other candidates, the most prominent being former Maryland Gov. Martin O'Malley. While his prospects at winning the nomination are slim — he is pulling about 1 percent in polls of Democratic voters — he's an accomplished politician nonetheless and has at times enlisted his family to assist in his initiatives. His eldest daughter has been particularly helpful, and so it's worth asking: Who is Grace O'Malley?

Named after a famous 16th-century Irish pirate (!), 24-year-old Grace is the oldest of the four O'Malley children. She attended Georgetown University and worked as an intern on Capitol Hill; according to her father's interview with Irish news site The Journal, she concluded during her internship that Georgia Rep. John Lewis was the "coolest" representative in Congress.

Grace has largely avoided being in the public eye, but when she has, it's been for her efforts to make college more accessible to middle- and low-income Americans. Many people recognize her father as the inspiration for Tommy Carcetti, the Baltimore politician on HBO's The Wire who struggled to find funding for city's schools. The O'Malley family has had its own difficulties paying for education, and Grace and her dad have teamed up in an attempt to make college tuition affordable for everybody.

Earlier this year, Martin O'Malley unveiled an ambitious plan to make public college debt-free for all Americans. Grace, who's now a public school teacher in Baltimore, wrote an impassioned email on behalf of her dad's initiative in which she detailed her own family's struggle to pay for higher education.

As a result of Grace and her younger sister's college expenses, the O'Malley's are now in debt — $339,000 in debt, according to the candidate. That's undoubtedly one reason why Grace and her father have identified on affordable education as an urgent political issue that needs addressing.

College tuition will almost definitely be discussed during next week's debate. If Martin O'Malley sounds especially passionate when he speaks about the topic, you can bet he has his daughter on his mind.