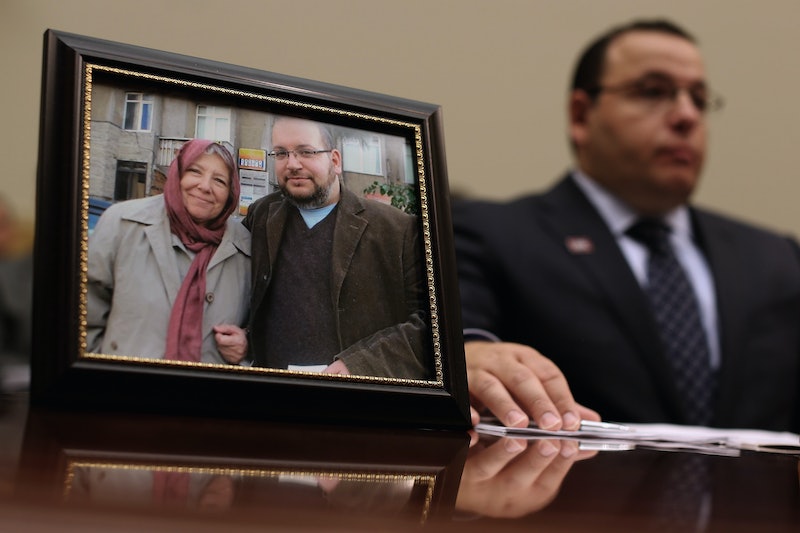 Washington Post Tehran correspondent Jason Rezaian has reportedly been convicted in Iran two months after he stood trial for espionage and three other charges. The Washington Post learned of Rezaian's conviction through Iranian state television, and cannot confirm if Rezaian was convicted of espionage or a lesser charge. The journalist's fate is also unknown at this time, but he was facing between 10 and 20 years in Iranian prison.

Rezaian, who is Iranian-American, was arrested 14 months ago at his home in Tehran alongside his wife, who was later freed. Iranian authorities accused Rezaian of espionage, alleging he gave information about Iran to foreign governments. The Washington Post has denied any wrongdoing by Rezaian, claiming that the newspaper's Tehran bureau chief was simply doing his job as a journalist.

"Iran has behaved unconscionably throughout this case, but never more so than with this indefensible decision by a Revolutionary Court to convict an innocent journalist of serious crimes after a proceeding that unfolded in secret, with no evidence whatsoever of any wrongdoing," Washington Post executive editor Martin Baron said in a statement.

Iranian state television initially reported Rezaian's conviction on Sunday. By Monday morning, the details surrounding his case and imprisonment were still murky, but journalists around the world have begun speaking out and calling for justice for Rezaian. As of Saturday, Rezaian has been held in Iranian prison for longer period of time than the Iranian hostage crisis.

"The only thing that has ever been clear about this case is Jason's innocence," The Washington Post's Baron added in a statement. "Any fair and just review would quickly overturn this unfounded verdict. Jason should be exonerated and released; he and his wife, Yeganeh Salehi, who has been out on bail, should both be granted, without delay, the full freedom that is their right."

Now it is time for the community of nations to step forward as one and demand the release of Jason Rezaian from prison in Iran. This has been a sham trial from the beginning. The process was closed to the press. There were no witnesses. There was no evidence. Jason is guilty of nothing. He was taken from his home without charges and held without charges for months. This is absurd. No nation should be allowed to behave in this manner.

Jason Rezaian is a hero to the journalism community and to his family. He must be set free.