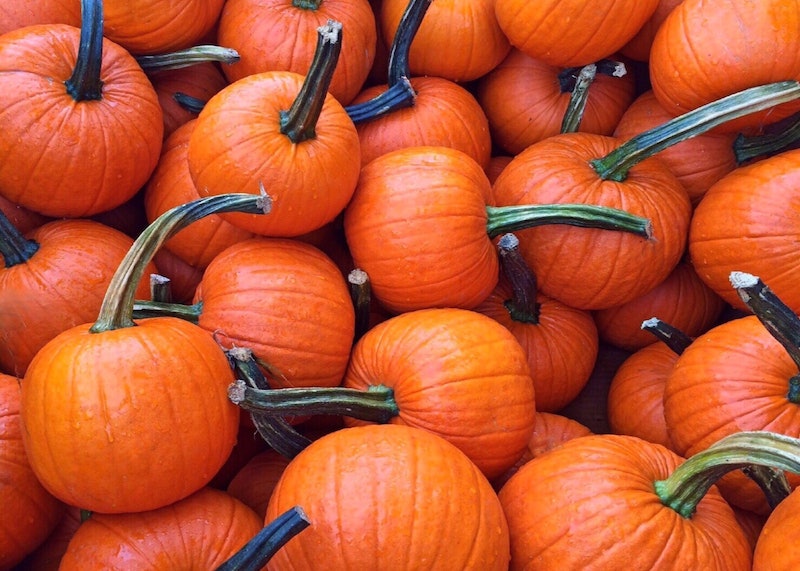 When you're a kid, Halloween is pretty much the coolest — especially since you get to celebrate during school hours with "spooky" costumes, fun games, and sugar-laden parties. But for elementary school kids in one Connecticut town, their Halloween fun was almost thwarted when the Milford school district allegedly canceled Halloween last week. According to the Connecticut Post, school administrators originally said the day excludes kids who can't or won't be taking part in the tradition. But after a bit of backlash from parents — who started a petition to reinstate the Halloween parade — administrators relented.

Monday evening, after news of the ban swept social media, the school district released an official statement written by Superintendent of Schools Elizabeth E. Feser, Ed.D. In it, Feser shared that Milford Public Schools' would bring back the parade after all, and will hold it the morning of Oct. 30. In the statement, Feser mentions that the PTA-sponsored "Trunk or Treat" night, an event that would take place in the evenings and allow kids to dress up in costumes and attend with their parents, was deemed a better idea by the district's eight principals than having the Halloween parade, since the event allows parents to participate and allows kids who either can't (or don't want to) celebrate the holiday or wear a costume to easily opt out. "Our feeling is that the planned school/PTA event in each school is far more reflective of the values of the American culture in that 'family' and 'children' are being celebrated through a Halloween gathering," she wrote. Feser also goes on to mention how much the media backlash and criticism of their schools have taken away from their focus on educating:

The false accusations that have been made are irresponsible, and the antithesis of what we try to teach children. The Principals and I are about educating our children. With this in mind, knowing that the issue of Halloween is detracting from what we are truly about, and our time with our children around teaching and learning is most important, we have decided to reverse our decision.

The original ban was announced in a letter sent to parents of Live Oaks School in Milford last week, and signed by school principal Rosemarie Marzinotto. It stated that there would be no Halloween parade in the elementary schools this year — a decision which the letter claimed stemmed from "numerous incidents of children being excluded from activities due to religion, cultural beliefs, etc." But that's not all, folks. The letter, which was later posted on Facebook by Milford native and NBC Connecticut traffic anchor Heidi Voight, goes on to forbid students and staff from donning their Halloween costumes during the day and eliminate the Halloween theme from the classroom all together. Instead, any classroom activities were supposed to be called "fall-themed, not Halloween," according to the letter. And food? Well, "that is not an option," it went on. And as mentioned previously, under the ban, kids were given the option to dress up in the costumes in the a PTA-sponsored "Trunk or Treat" night and do fun activities. But seriously — half the fun of Halloween at school is getting to literally parade around in your costume, amiright?

If you grew up loving Halloween and the fun of celebrating it in school, you can imagine the shock these elementary schoolers must have felt when they heard the news.

One Milford resident, Rebecca Lilley, decided to take matters into her own hands. Lilley started a petition on Change.org a few days ago calling for the school district to bring back the parade, and by Monday, it had reached almost almost 3,000 supporters. On the petition page, Lilley writes:

I'm so tired of my kids missing out on some of the things we all got to do as children and are some of the greatest childhood memories I have due to others saying they find it offensive. I say embrace our culture and we will try to embrace yours or keep your child home. Our children should not miss out on our traditional activities due to people crying they're offended.

Many petition supporters felt the ban was a reflection of the school district being too sensitive to other cultures. "This is America, quit being so sensitive," wrote Matt P. "It's THEIR decision to not participate, and shouldn't impact other families and children. This is Halloween we're talking about." Another supporter, Jaclyn O., said:

So many cultures actively celebrate Halloween, and at an elementary school level all the kids really care about is candy and dressing up like super heroes. Having to explain this to a child who looks forward to dressing up with his or her friends is absolutely ludicrous.

However, the chief operations officer of Milford Public Schools, Jim Richetelli, who told the Connecticut Post early Monday that he didn't have any direct knowledge of the ban, had this to say about it: "Milford Public Schools do have many children from diverse beliefs, cultures, and religions," Richetelli told the paper. "The goal is for all children to feel comfortable and definitely not alienated when they come to school."

This isn't the first time Halloween festivities have come under fire. In 2013, a Stamford elementary school banned Halloween costumes and makeup because administrators thought them "distracting" and "against school policy," according to NBC Connecticut. That same year, Sporting Hill Elementary School in Pennsylvania allegedly banned Halloween costumes for safety reasons. Also in 2013, reports surfaced claiming Inglewood Elementary School in Montgomery County, Pennsylvania, had banned Halloween because the tradition had religious overtones (though the North Penn School district later issued a statement to say this was all a misunderstanding among administrators). And just last year, the entire country of Malaysia reportedly banned Halloween after the National Fatwa Council declared it a Christian celebration of the dead, which goes against Islamic teaching.

The moral of this story? It looks like administrators still aren't so sure how to design school celebrations to accommodate those who love them without alienating those who don't observe the holiday in question. Let's hope other schools can take this controversy as an example so future Halloween celebrations at school don't end up disappointing anyone involved.

More like this
10 Pumpkin Recipes That Are Way More Creative Than Pie & Lattes
By Rebecca Deczynski and Alexis Morillo
Bennifer, Kravis, & 14 Other Fun Celeb Couples Halloween Costume Ideas
By Emma Carey and Brittany Leitner
6 'Game Of Thrones' Halloween Costumes That Aren't Overdone
By Nina Kahn
12 Easy Halloween Costumes You Can Wear With A Denim Jacket
By Kirsten Nunez and Bustle Editors
Get Even More From Bustle — Sign Up For The Newsletter