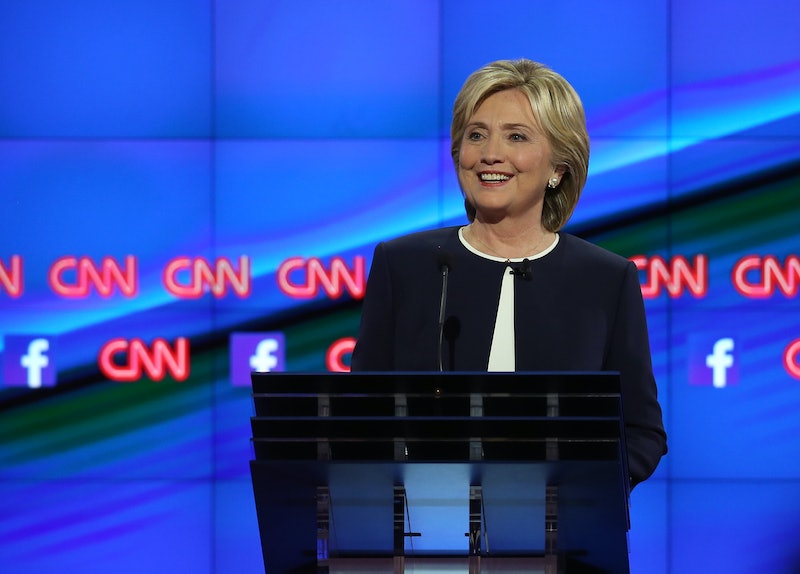 After a grueling and spirited debate among the Democratic presidential candidates, it's abundantly clear that only one could be the winner: Hillary Clinton. Going into the debate, the favorites to win were either current frontrunner Clinton or Bernie Sanders. Both have established reputations for strong campaign rhetoric, but more importantly, they are the only candidates currently registering on a national level. In order to win, either Clinton or Sanders simply had to outdo the other.

For the rest of the field, however, the pathway to victory was more difficult. With a far smaller lineup than their Republican opponents, many would think it would be far easier for Martin O'Malley, Jim Webb, and Lincoln Chaffee to stand out. But a small field comes with its own problems. Though O'Malley, Webb, and Chaffee surely entered the debate hoping to emulate Carly Fiorina and her meteoric rise in the polls, her success was only made possible because of the bloated GOP field.

A combination of clear rhetoric and strong debate skills, aided by her ability to stand out, helped Fiorina climb. But all she had to do was prove to voters that she didn't sound like the rest of the party. With 16 voices echoing the same statements, that was easy for her. But not so for the Democratic hopefuls.

With only five candidates onstage Tuesday, the differences between candidates were already striking. And when compared to Clinton, who is the only candidate to have previously participated in a primary debate, it became abundantly clear why she is currently the frontrunner. Even her main competitor from the other party — Republican frontrunner Donald Trump — had bets that she would take home the win, telling CNN that she "hasn’t been a great debater in the past, but I think she just has to hold ... I can’t imagine Bernie Sanders will beat her."

Clinton was composed, well-prepared, and unwilling to engage in fighting with her fellow candidates. And she had her answers down pat when confronted with some of the issues that have plagued her campaign, such as Benghazi, her stance on the Keystone XL pipeline, and her emails. The best Clinton moment actually came not from her, but from Sanders — who decisively told America to shut up about the emails.

But while getting a hand from her competitor helped her out, Clinton was able to shine on her own. Throughout the evening, she had multiple one-liners that made her stand out, such as her statement that “I don’t take a backseat to anyone when it comes to progressive experience and progressive commitment." When asked if she was a moderate or a progressive, she responded, “I’m a progressive, but I’m a progressive who likes to get things done.”

It's important to note, however, that Clinton was not the "default" winner. She had some strong competition on the stage in Sanders, whose feisty performance kept the former Secretary of State on her feet throughout the night. Sanders was impressive on stage, and for those who might have been on the fence about Clinton, Sanders may have been able to gain support. Additionally, O'Malley put forth a strong performance, surprising many Americans who previously may not have even known his name.

After this debate, Clinton is in no danger of losing her lead. But heading into the next debate, which will be held November 14 in Iowa, she might find her match. Clinton had the advantage of experience in Tuesday's debate — but now that Sanders has his feet under him, that could very well change next month.