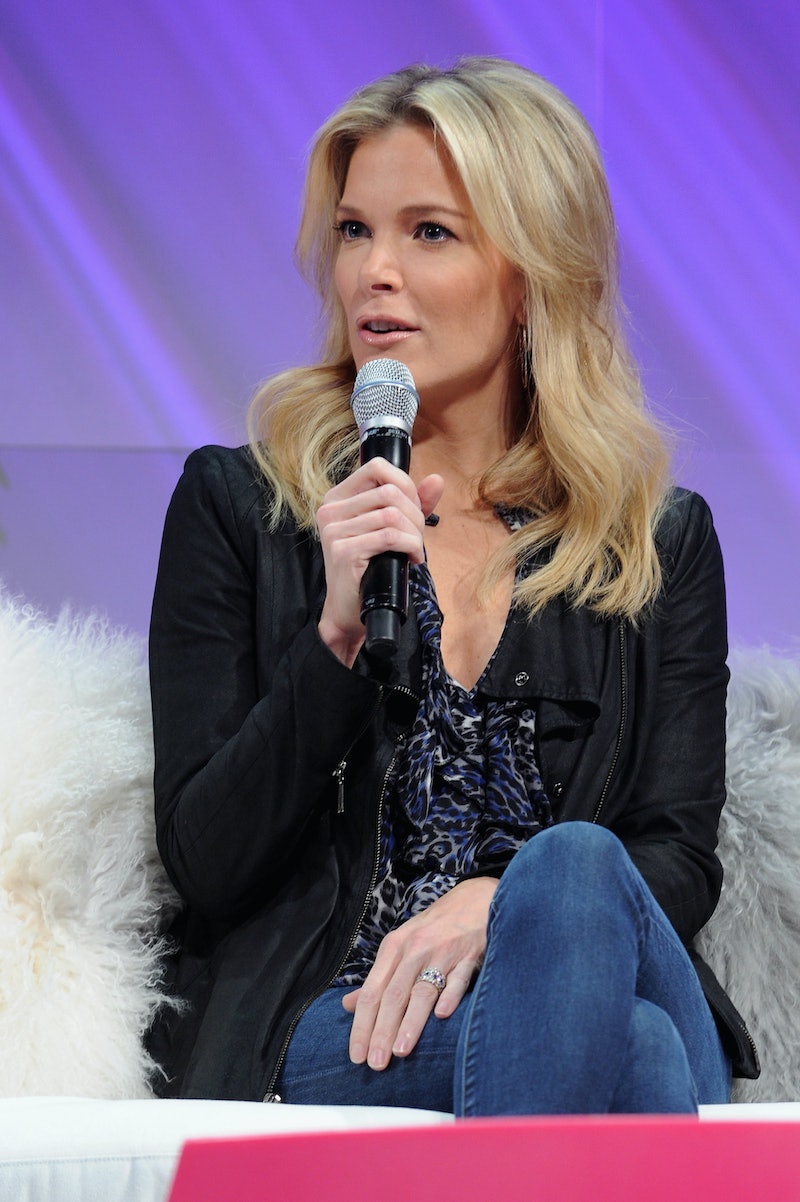 Fox News' rising star Megyn Kelly is not one of the several journalists who will moderate the Democratic debate on CNN on Tuesday, but based on her performance at the first GOP debate and her history of challenging powerful people in politics, Kelly should moderate Democratic debates as well.

According to Fortune, her show The Kelly File is the number-two ranked program currently on cable television news, and TIME magazine named her one of its 100 Most Influential People in 2014. Kelly gained national media attention beyond Fox News after a feud with Donald Trump at the August Republican debate. At that same debate, she was lauded by media for her persistence and toughness. She is conservative in her personal views and has made her share of mistakes in her career as a reporter, including her argument that both Santa Claus and Jesus were white (she later refined her statement).

In the specific role of moderator, however, she's proven herself worthy of challenging the Democratic candidates. A few of her finer moments beyond the GOP debate show she might make a good moderator. Here are five reasons why Kelly would make a solid choice as host of the next Democratic debate.

1) She Does Her Homework

While debating Bill O'Reilly on the situation of white privilege in America, Kelly presented a detailed description of the alarming realities of African-American disenfranchisement and poverty. When O'Reilly tried to distort her argument, asserting that the shooting of Michael Brown and resulting chaos in Ferguson, Missouri, was a result of "culture" problems in the African American community, Kelly stood her ground and defended the protesters' anger. Her political views aside, it's an impressive use of data to make a case. Certainly Kelly could use the same attention to detail she clearly sharpened in her career as a lawyer to challenge the Democratic candidates on their stances.

Kelly worked as a corporate lawyer for 10 years in Chicago before changing careers, and she often draws on her legal knowledge while interviewing guests on The Kelly File. Her former boss and political analyst Brit Hume told Time Magazine that Kelly "gave us insightful Supreme Court coverage" from the start of her work as a journalist. Kelly has the acumen to challenge Democratic candidates such as Hillary Clinton, who has faced criticism over the legality of her actions concerning the release of private emails. Kelly could use her experience to push these candidates to explain their actions in a way the American public will understand.

3) She Calls Candidates Out On Their Views Of Women

During the August Republican debate, Kelly challenged Trump's well-documented history of misogyny when she asked him if he really had the proper temperament for presidential office. She protested Trump's initial claim that it was "only Rosie O'Donnell" who he has insulted, assuring him there were many others, and she kept a professional tone despite the circus-like atmosphere Trump's statements created in the audience. Famously, Trump dug himself farther into a hole when he later fired back by insinuating Kelly was experiencing PMS, then called her a "bimbo" and a "lightweight."

In 2013, conservative commentator Erick Erickson made a comment about how the rise of women in the business world defied their position in the natural order. Kelly quickly replied, "Who died and made you scientist in chief?" and feminist and bestselling author Sheryl Sandberg, COO of Facebook, fell in love. She was so struck by Kelly's defense of women that she asked to interview Kelly at Fortune Magazine's Most Powerful Women Summit. If Sandberg thinks Kelly is a good choice for a woman in a position of power, I'm tempted to trust her judgement.

5) She's Not Afraid To Challenge Powerful People In Politics

On the night of President Barack Obama's 2012 re-election, Karl Rove protested the results of the just-declared election, claiming the numbers were inaccurate. Kelly pushed back on the former Chief of Staff's reluctance to admit Mitt Romney's defeat. "Is this just math that you do as a Republican to make yourself feel better, or is it real?" she asked Rove. This moment, one of Kelly's most famous as a commentator on Fox News, shows she values her viewers hearing the truth over any allegiance she may personally feel to the GOP.