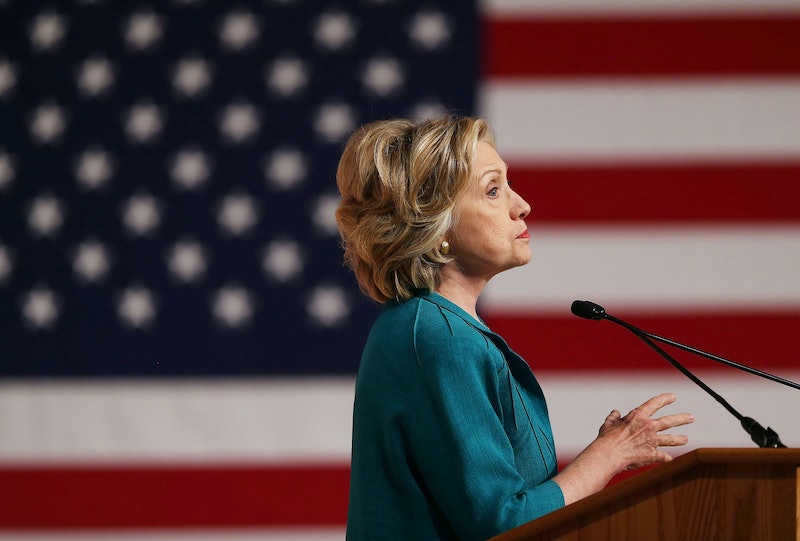 In all likelihood, the majority of questions at Tuesday's Democratic primary debate won't be surprising. You can bet that Anderson Cooper and the rest of the CNN moderators will ask the candidates about gun control, economic policy, the war in Syria, and other issues that Democrats care deeply about. But what about the issues that Democrats aren't chomping at the bit to discuss? Those shouldn't be ignored entirely, which is why the Democratic debate should address Benghazi and Emailgate.

This may sound counterintuitive. After all, Benghazi is a trumped up non-scandal that Republicans dreamt up with the sole intention of damaging Clinton's poll numbers, a fact that multiple Republicans have admitted publicly. Clinton's email scandal, meanwhile, has the potential to be a serious campaign issue, but so far, none of the emails released contain any evidence of substantive wrongdoing by the former secretary of state.

In other words, these aren't the issues that Democrats care the most about; they're issues that the GOP will use to attack Democrats. But that's precisely why the moderators should ask about them: because Republicans will try and make them issues during the general election. And let's face it: Clinton will more than likely be the Democratic nominee, despite the ups and downs in the polls, and so once the primary is over, she'll need to have an adequate response to these questions.

In that sense, the Democratic debate can serve a dress rehearsal for dealing with these controversies. Benghazi and Emailgate may not be the top issues on most Democrats' minds, but there are surely some general election voters who will demand answers on them. By forcing Clinton to address these questions early on — because more likely than not, her name will be on the Democratic ticket come next November — the moderators will give her a chance to test out certain responses, then watch the tape afterwards and adjust accordingly.

There's a secondary reason why these issues should be addressed, and that's because there is an off-chance, albeit a remote one, that either could actually become a serious scandal. As of now, there's really no reason to believe that will happen; this is especially true with regard to Benghazi, as the GOP has scrutinized that from every possible angle and still brought up absolutely zilch. But Emailgate is far from over. If any incriminating emails do surface, Clinton will have to answer for them, and all of her past comments on the issue — including anything she says at Tuesday's debate — will be valuable for voters in assessing her qualifications as a candidate.

Again, Benghazi and Emailgate are not, as of now, serious political questions; they're fodder for Republican attack ads. But even so, Democrats will need to coalesce around a unified response to the charges. Tuesday's debate is a perfect opportunity for Democrats to figure out what that response will be.