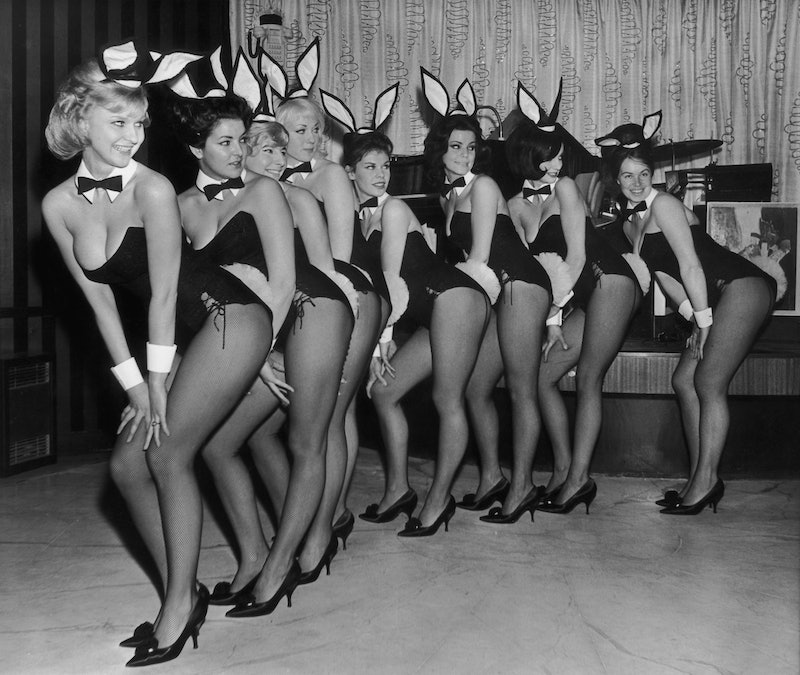 The magazine has been an iconic piece of American pop culture since it first launched in 1953 and has seen everyone from Marilyn Monroe to Naomi Campbell make the coveted centerfold. But recent years have not been good to the Bunny brief. According to the Times, Playboy's circulation has fallen from a hefty 5.6 million in 1975 to roughly 800,000 today. Last August, the publication already reimagined its website to make some of its content SFW and allowed to navigate the normal social media channels of Facebook, Instagram, and Twitter.

There will still be provocative images, but no more full-frontal. Which to some online users means the magazine's better elements, like its long-form pieces or nods to fiction writers, will get more attention. Kurt Vonnegut, Joyce Carol Oates, and Michael Crichton have all seen their works hit the Playboy press. "Don't get me wrong," Cory Jones, an editor, told the Times. "12-year-old me is very disappointed in current me. But it's the right thing to do."