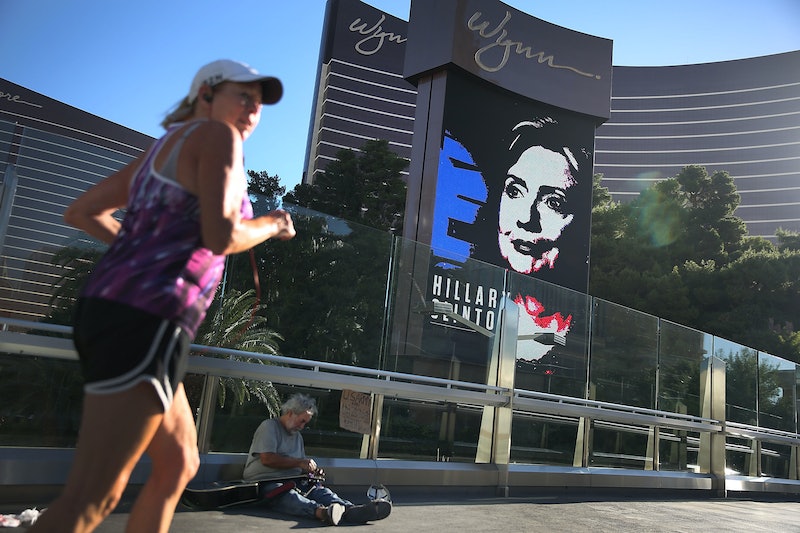 On Tuesday night, the first Democratic presidential debate of the 2016 election season will take place, and it promises some some moments as equally memorable as — but hopefully less offensive than — the first two Republican debates. These moments, many of them political zingers thrown across the stage, can do more than provide entertainment and Tweet fodder on Twitter. One of the biggest lessons from past debates? A zinger can make or break a candidacy, much like one did during the Democratic presidential debate in 1984.

That year, the race had three big players: Walter Mondale, the vice president under Jimmy Carter; Rev. Jesse Jackson, the civil rights activist and minister; and Gary Hart, a U.S. Senator from Colorado. Mondale was seen as the party favorite but he quickly had a formidable challenge in Hart. Hart portrayed himself as a more moderate Democrat full of new ideas to attract younger voters. So, Mondale attacked his new ideas with one of the most memorable political zingers of all time. He turned to Hart and said, "When I hear your new ideas, I'm reminded of that ad, 'Where's the beef?'" Referencing a series of Wendy's commercials, Mondale made the the point that like a hamburger lacking a substantive patty, Hart's new ideas lacked specifics and would be impossible to carry out. The audience cracked up and Hart's campaign never really recovered.

A similar zinger could make or break a candidate Tuesday night too. Several of the candidates for the Democratic nomination are virtual unknowns: Lincoln Chafee, former U.S. senator and governor of Rhode Island; Martin O'Malley, former governor of Maryland; and Jim Webb, former U.S. senator from Virginia. They all poll between 0 and 5 percent. When you're that far behind the competition, a zinger could be the best way to stand out during the debate and in the media coverage to follow.

For example, Chafee could say he wished he had stayed a Republican, given the other candidates views on X, Y or Z. Or given how the race has been about showing progressive credentials, he could say, "I have always been more progressive than Secretary Clinton, even back when I was a Republican." Maybe even using his promise to end drone warfare to his advantage to appear further left.

O'Malley could be teased about his debate prep Snapchats or his time as the lead singer of a local band. But he can also claim to be first to the party in supporting marriage equality, gun control and marijuana reform. If there's a way he could use gun control to steal some of the left-wing glow from Bernie Sanders, O'Malley would have the chance to step in as Mr. Progressive and prove a more viable candidate against Clinton.

Webb could be the largest target of the jabs from others, but also maybe not worth their time. Some have even wondered if he is in fact running for president. In his attempts to make his own zingers, he'll have to avoid gun control given his past views. Whatever angle the former senator takes, a campaign aide speaking with TIME has already compared Webb's debate performance to D-Day. So I imagine we should brace ourselves for whatever he thinks of Tuesday night.

Clinton and Sanders have less to lose. I doubt they'll aim at the lesser-known candidates, just in case people start to pay attention to them. But, we can hope for a zinger or two between the two. Sanders would likely focus on Clinton's connections to the one percent and Clinton Sander's lack of foreign policy knowledge.

If Clinton can come off as funny, that would help her too. Maybe she should start watching fast food commercials. After all, just like the Big Mac, she needs no introduction.