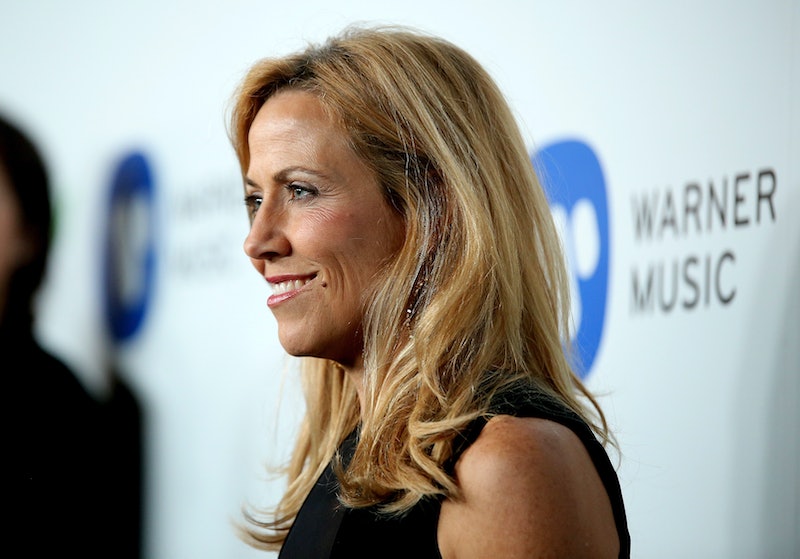 All she wants to do is have some fun ... and listen to some Democratic presidential nominees. Sheryl Crow is opening the Democratic presidential debate in Las Vegas Tuesday. But her job's not finished after she sings the National Anthem. Crow told CNN that she plans to listen carefully to the candidates to find out whose views she agrees with most. You see, in addition to being a singer-songwriter, Crow is also a Democrat, a liberal activist supporting environmental initiatives, and was a big backer of President Obama in both the 2008 and 2012 elections. Despite hailing from conservative Missouri, Crow's heart now bleeds Democrat blue.

"I think most people know that I'm a Democrat," the Grammy winner told CNN. "I'm fascinated with the process and I'm going to be excited to actually be there when our candidates debate." The "avid follower of politics" has worked as an outspoken environmental activist in recent years, famously garnering attention for her attempts at limiting toilet paper usage to one square per visit and making big green demands at tour stops. In 2010, she won an award for her advocacy from the Natural Resources Defense Council. As for Tuesday night, she told CNN the environment is the main topic that she would like to hear the democratic nominees address: "To me that's the mother topic. All else fails if our planet isn't healthy."

Some of Crow's most recent political statements insult the Tea Party. In an interview with Katie Couric in Glamour Magazine in 2010, Crow said the political movement comes from fear and ignorance. "They haven’t educated themselves, but they’re just pissed off," she said. While not winning any support from the right, her support for the environment and words against climate change cement her place on the political left. "My philosophy about [climate change] is even if you feel like arguing the science, you still have an obligation to leave this planet better than you found it, if you have kids or if you have people that you love that are younger than you. Why argue it?" she said.

Crow performed at the 2008 Democratic National Convention, opening with her song, "A Change Would Do You Good" but with the lyrics changed to "a change would do us good." In a guest commentary posted to the Larry King Live website, Crow said the 2008 election would be the "most important of our lifetime." She went on to endorse President Obama for being the more patient and steady candidate that could restore trust in leadership. In 2012, Crow was among the many female celebrities, like Beyonce Knowles and Eva Longoria, who starred in an endorsement ad for Obama.

In addition to her musical performances and celebrity endorsement, Crow donated $2,300 to Obama's 2008 campaign. But she hasn't picked yet her candidate . She said she will pay close attention to the debate before deciding. "I want to hear what everyone has to say and see where I fall," she told CNN. That's something we all can do Tuesday.