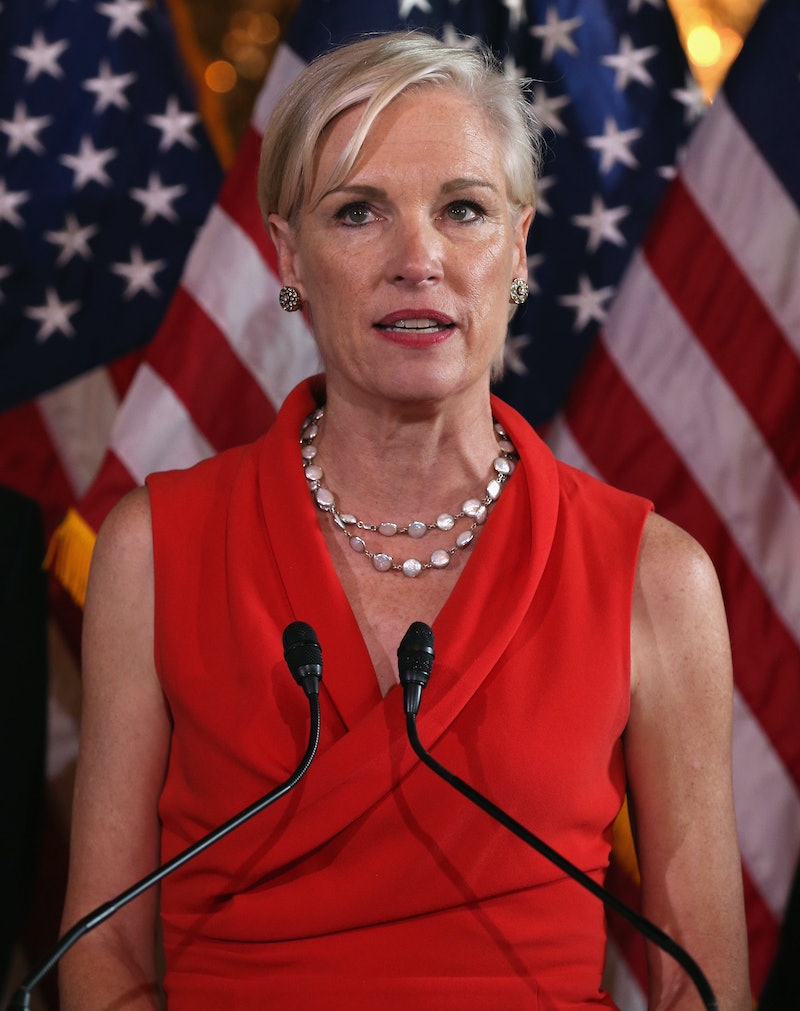 Planned Parenthood President Cecile Richards announced Tuesday afternoon in a letter to the National Institutes of Health that Planned Parenthood will no longer receive reimbursement for fetal tissue donation. The move was made in response to attacks on the organization that attempted to claim it was illegally "profiting" off of fetal tissue donation — even though, as Richards outlined in her letter to the NIH, a 1993 law made it completely legal to receive reimbursement for the costs involved in the practice. Richards wrote:

The outrageous claims that have been made against Planned Parenthood, which have been widely discredited and debunked, are the worst kind of political interference in women’s health. The real goal of these extremists has nothing to do with our fetal tissue donation compliance process but is instead to ban abortion in the U.S. and block women from getting any health care from Planned Parenthood.

Planned Parenthood will continue to donate fetal tissue for medical research. According to Richards, only one percent of the nonprofit's health centers even participate in the practice. Those centers will continue with the donations, but will accept "no reimbursement for its reasonable expenses." Richards wrote, "Going forward, all of our health centers will follow the same policy, even if it means they will not recover reimbursements permitted by the 1993 law."

These false claims are being used to advance politically motivated legislation in Congress and in state legislatures across the country to deny women access to basic health care and to impose medically unnecessary restrictions on safe and legal abortion.

Richards also explained the decision to end reimbursement practices, making it clear that this is no admission of any wrongdoing. She repeatedly states that receiving reimbursement for costs incurred for donating fetal tissue was completely protected by bipartisan legislation passed in 1993. She also made a note to any other organizations who might be receiving reimbursement that they should continue to do so. But with the current attacks against Planned Parenthood in this area threatening to defund the organization entirely, Richards needed to protect their patients.

I want to be completely clear about two things: First, Planned Parenthood’s policies on fetal tissue donation already exceed the legal requirements. Now we’re going even further in order to take away any basis for attacking Planned Parenthood to advance an anti-abortion political agenda. And, second, our decision not to take any reimbursement for expenses should not be interpreted as a suggestion that anyone else should not take reimbursement or that the law in this area isn’t strong. Our decision is first and foremost about preserving the ability of our patients to donate tissue, and to expose our opponents’ false charges about this limited but important work.