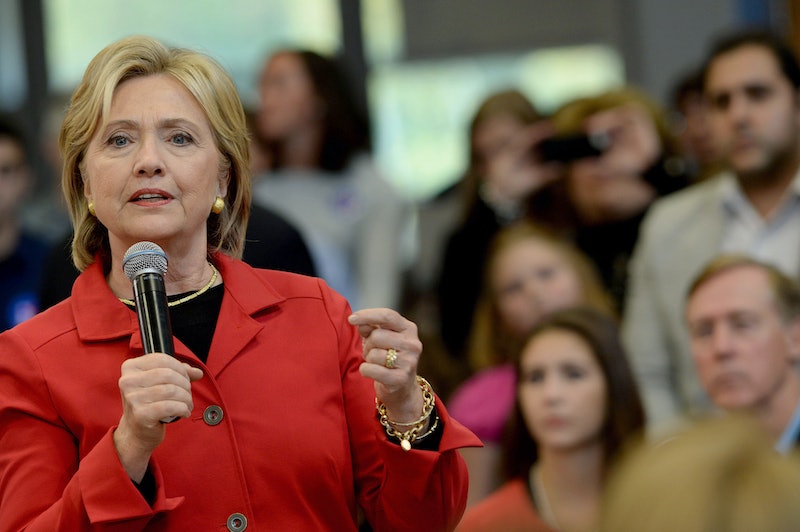 After two Republican debates, the Democrats finally got their chance to take the stage and debate their plans for the country Tuesday night. Of course, it didn't take long for debate memes to pop up around the Internet, and there were plenty about Democratic frontrunner Hillary Clinton. There's really no better way to show how you feel about a particular candidate (or a political debate in general) than a hilarious meme, and Hillary Clinton Democratic debate memes show that a lot of Americans are #ReadyForHillary. Sure, you could write up a long Facebook post explaining in detail what you thought of Clinton's debate performance, but let's be real — it's much easier to tweet a single meme that perfectly sums up all of your personal and political commentary.

Throughout the debate, Clinton was the powerful, articulate speaker she's always been. The presidential candidate has a strong following, and Clinton fans were quick to voice their support for her arguments, but there are always two sides to a debate, and anti-Clinton voters weren't shy in using memes to make fun of her liberal agendas. Memes are universal — they work across all ideological and party lines — especially when Clinton is involved.

Here are some Clinton memes from the first Democratic debate.

Clearly some voters are #ReadyForHillary, while others still have strong reservations.