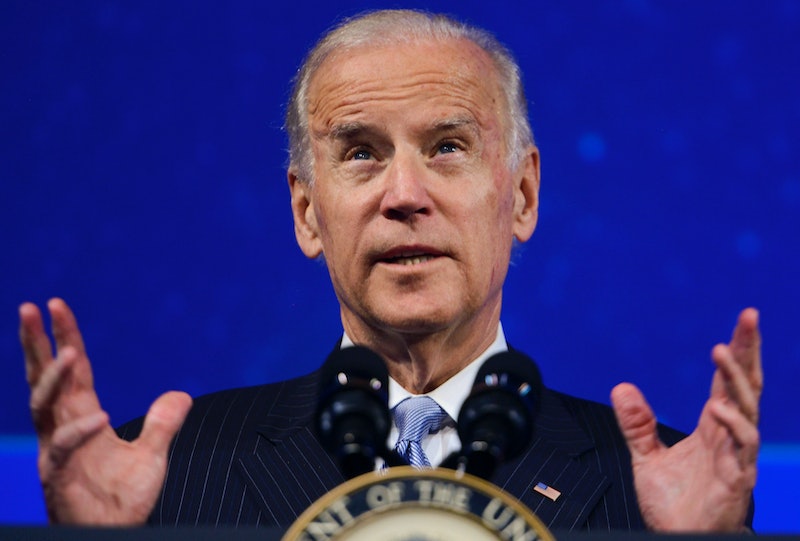 Vice President Joe Biden has become the biggest will-he-won't-he of the Democratic primaries. He's expected to announce his decision any day now, but he hasn't given us many clues so far as to which way he's leaning. On Tuesday, his supporters made it clear on Twitter that they want him to run — and they these funny tweets about Joe showing up prove it.

There has been a lot of buzzed-about support for a Biden campaign. Draft Biden 2016, a PAC organized by supporters to encourage him to run, has put out compelling TV ads using footage, photos, and sound bytes that can make us all wonder why he isn't yet running. The PAC reportedly spent $250,000 on airtime ahead of the debate and on Wednesday. Yet Biden himself has remained less forward in his statements. In fact, he has made no indication that he'll be anywhere near Las Vegas, where the debate is being held, on Tuesday. His office has said that Biden will spend the evening at a high school reunion and watch the debate from the Naval Observatory in Washington, D.C.

We're a hopeful country, though, and not even Biden's official schedule can keep his supporters from willing him to use that extra podium CNN has set aside for him.

Joe, the people have spoken!