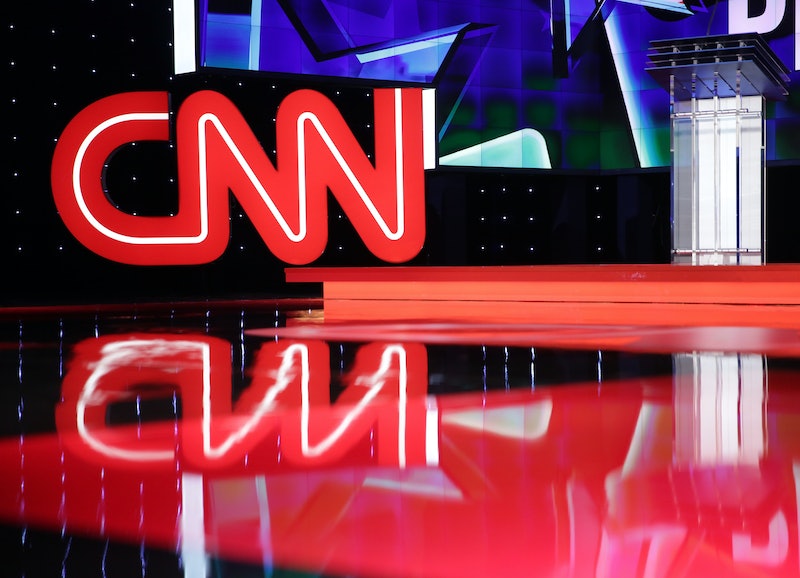 The first Democratic debate of the 2016 election season has just kicked off with the type of cinematic introduction you'd expect from an event being held at the Wynn Las Vegas. Following the countdown of the CNN debate clock to 8:30 p.m. ET on Thursday night, the network immediately went to commercials followed by a video package featuring all five candidates. As to be expected, the top two candidates — Hillary Clinton and Bernie Sanders — got the most airtime, while the bottom three candidates were primarily lumped together. According to data compiled by HuffPost Pollster, Jim Webb, Martin O'Malley, and Lincoln Chafee are all polling at 1 percent or less, respectively. Thus, it appeared that they only received around 3 percent of the opening video CNN threw together for the Democratic debate.

It was as if all five candidates weren't taking the stage to deliver remarks on a podium in the name of politics but would be facing off in a nationalistic reality show. Those watching the debate took to Twitter to compare it to everything from a monster truck match to Iron Chef and America's Next Top Model. Given the fact that the debate is being held in one of the biggest boxing hubs in the world, it only makes sense that the hype leading up to the Democratic debate would be more akin to a Floyd "Money" Mayweather match. I know I can say that I'm still waiting for Justin Bieber to come out or for Joe Biden to interfere via political rhetoric brass knuckles.

Will the next debate have the same cinematic entrance? Tune in Nov. 14 to find out.