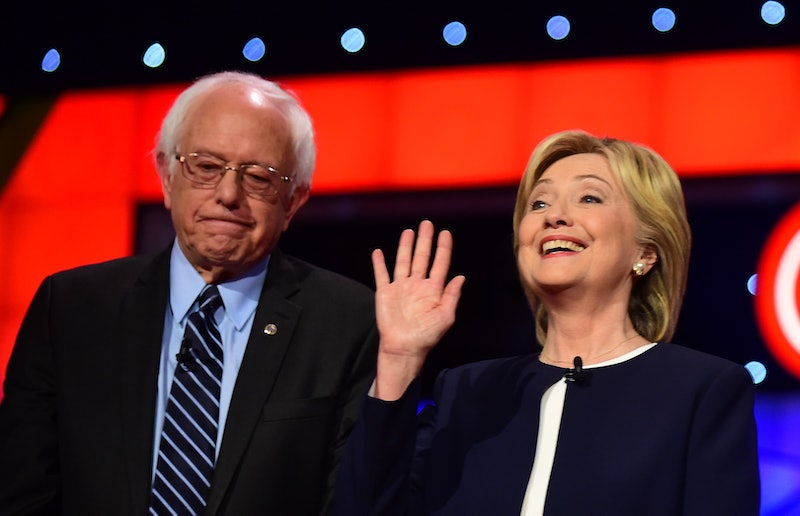 Wait, aren't the Democratic candidates for president supposed to be talking about the United States? On Tuesday, Senator Bernie Sanders told moderator Anderson Cooper and voters across the country that he would like to see the United States liken its economy to that of Denmark, as part of his "Democratic socialist" platform. Not surprisingly, it didn't take long for viewers to realize that Denmark was the real winner of the Democratic debate.

Sanders' Democratic socialist platform is something he has focused on throughout his entire campaign. It's what distinguishes him from pretty much every other candidate on the stage on Tuesday — and definitely from those on the Republican side of the race. When he brought up Denmark at the debate, fellow candidate Hillary Clinton jumped at the opportunity to separate herself, saying that although she loves Denmark, she doesn't necessarily see it as a model for the American economy. Cooper seemed to be skeptical as well, citing the United States significantly larger population as a challenge to using Denmark as a good model for our country.

On Twitter, those following the debate were struck by the Denmark conversation. Some didn't appreciate the comparison between America and such a left-leaning country, others ate it up. Still, others were just surprised that Cooper knew Denmark's population off-hand.

More like this
These 25 Female Governor Candidates Won Primaries & Could Make History
By Tess Garcia
Why TikTok Is Flooded With Controversial Videos About "Pick Me Girls"
By Courtney Young
This TikTok Song About An Unrequited Romance Has FYPs In Shambles
By Emma Carey
On TikTok, "Cbat" Has Been Named The Worst Sex Song Ever
By Lexi Inks
Get Even More From Bustle — Sign Up For The Newsletter