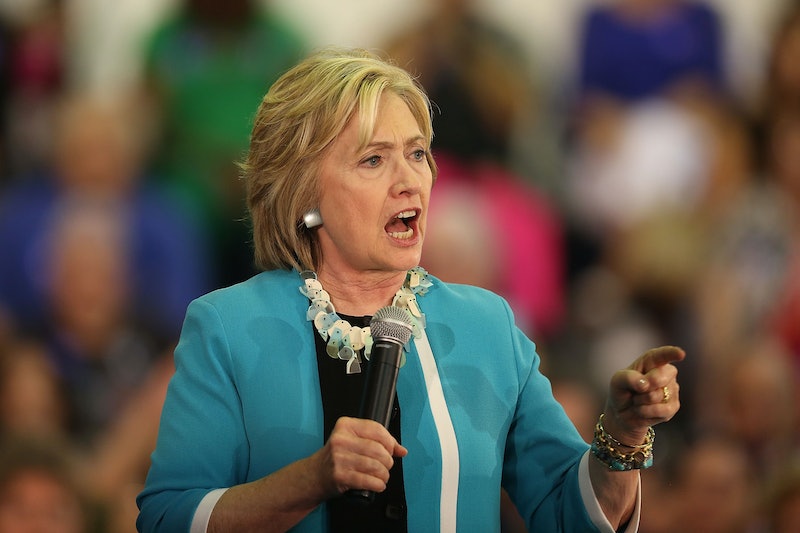 Before Tuesday evening's debate among Democratic 2016 presidential hopefuls, former Secretary of State Hillary Clinton and Vermont Sen. Bernie Sanders had experienced limited interaction and discussion with each other. But when the hot-button issue of gun control came up during the debate, Clinton was quick to criticize Sanders, as was former Maryland Gov. Martin O'Malley. When Clinton was asked whether Sen. Sanders is tough on gun control, Clinton pulled out all the punches, responding, "No, not at all," adding that "we have to look at the fact that we lose 90 people a day to gun violence." Clinton called for liability for gun manufacturers, more intense background checks, and other gun control measures.

"We are not Denmark. I love Denmark, but we are the United States of America," Clinton said, criticizing Sanders' positions on both socialism and gun control. "It's time our country stood up to the NRA," Clinton said during the debate. As Salon notes, there aren't many issues about which Clinton is more liberal than Sanders, and the sharp critique was surprising, given Clinton's extreme composure during the debate. Sanders has supported banning assault weapons, and he voted for legislation that would do so in 2013. But as Clinton pointed out, Sanders voted against the so-called Brady Bill five times in the 1990s, and he expressed support for immunity for gun manufacturers in lawsuits.

Rather than attacking Clinton in return, Sanders went on the defensive, saying, "As a senator from a rural state, I can tell Secretary Clinton that all the shouting in the world is not going to ... keep guns out of the hands of people who should not have guns." Sanders also noted that he has supported "instant" background checks and other gun control measures. He defended his position on gun manufacturers, though, saying, "Do I think that a gun shop in the state of Vermont, which sells legally, a gun to someone, and that somebody goes out and kills someone, that that gun shop owner should be responsible? I do not." Clinton, meanwhile, asked why "everybody else has to be accountable, but not the gun manufacturers."

But as Clinton's harsh words demonstrated, the United States taking a stronger stance against those people having guns in the first place certainly wouldn't hurt. The sharp exchange shows that Clinton won't be afraid to take digs at Sanders during the campaign trail, so the 2016 election season should be quite interesting.