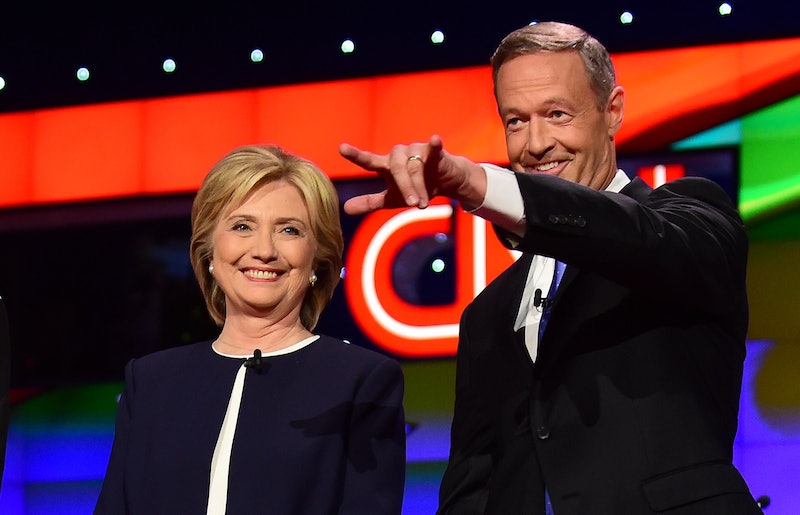 When the conversation at the Democratic debate Tuesday turned toward foreign affairs, including the ongoing conflict in Syria, the heat was turned up onstage — all the way up. But did O'Malley made a huge gaffe on Syria and Assad while condemning Russian Vladimir Putin's recent military involvement in Syria? He may have gotten too fired up.

"I think Assad's invasion of Syria will be seen as a blunder," O'Malley said. The Assad the former Maryland governor is referring to is President Bashar al-Assad, Syria's current leader. He did not invade his own country (but we would like to see him try).

Unfortunately, this gaffe will come to define O'Malley's debate performance. But let's not forget what else O'Malley did — he stood up against Hillary Clinton, calling a proposed no-fly zone in Syria "a mistake."

"You have to enforce no-fly zones," O'Malley said. "It could lead to an escalation, because of an accident that we would deeply regret. I support President Obama, and I think we have to play a long game."

It's going to be hard to come back from that one, O'Malley.