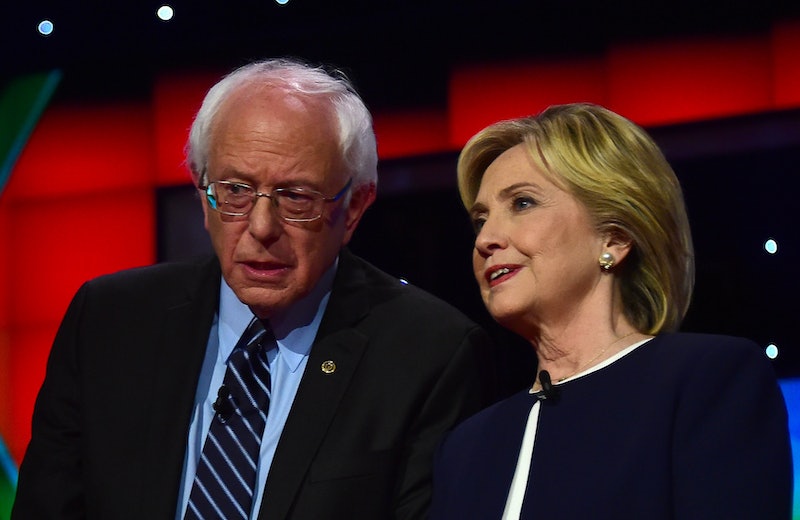 During the first Democratic debate, Bernie Sanders spoke about Hillary Clinton's emails and gave an amazing quote that summed up what a lot of Americans were already thinking. Sanders said: "Enough of the emails. Let's talk about the real issues facing America." Clinton was grateful for the support, thanking him and shaking his hand, but Sanders' comment did more than help his opponent — it moved the conversation away from the scandal and on to issues relevant to more voters.

Let me say something that may not be great politics, but I think the Secretary is right. And that is that the American people are sick and tired of hearing about your damn emails. ... I go around the country and talk to a whole lot of people — middle class in this country is collapsing, we have 27 million people living in poverty, we have massive wealth and income inequality, our trade policies have cost us millions of decent jobs. The American people want to know whether we're going to have a democracy or an oligarchy as a result of Citizens United. Enough of the emails. Let's talk about the real issues facing America.

Just like Clinton (and a lot of Americans), Sanders is clearly sick of hearing about the mundane emails Clinton sent while secretary of state, and his perfect one-liner said it all.

After Sanders' mini-rant, the conversation did move on to other topics, so it seems it worked.