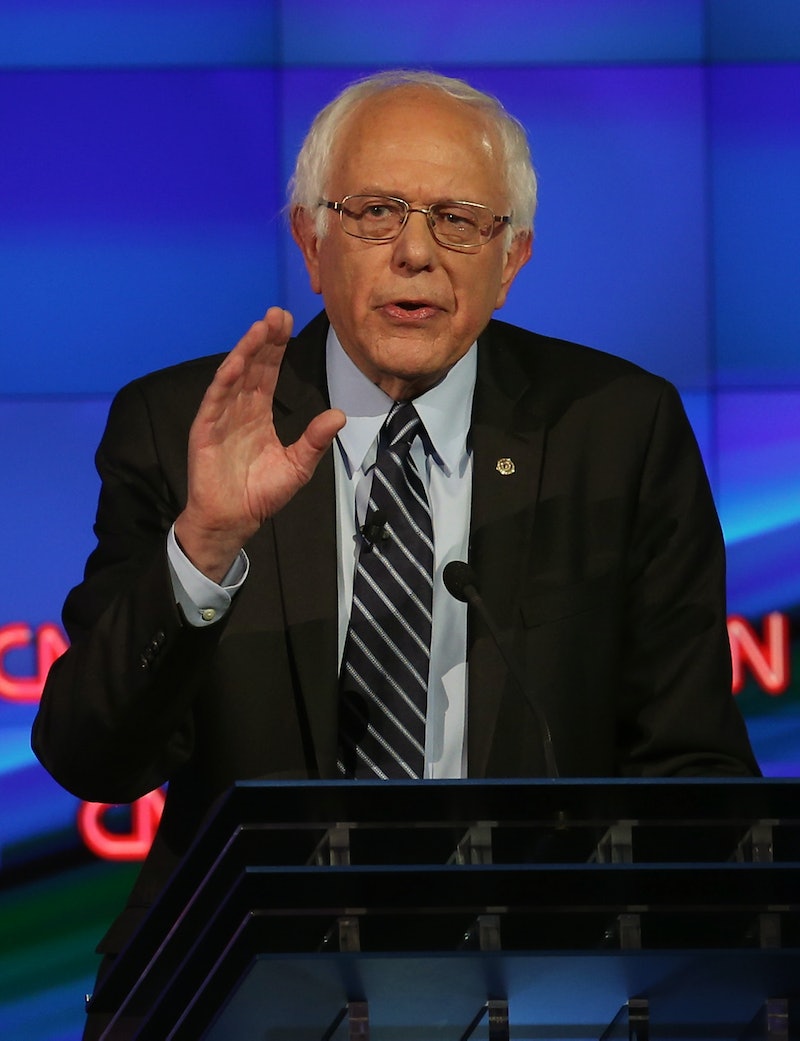 During the first debate of the 2016 Democratic presidential primary race, the candidates squared off on a number of issues — economic equality, foreign policy, the Black Lives Matter movement, and yes, those pesky emails. But there was one point raised by Vermont Sen. Bernie Sanders that's pretty important, and it might not make total sense without the right background knowledge. Namely, what is Glass-Steagall, and what did it do?

You hear the name with some regularity in presidential politics — even 2008 Republican presidential candidate John McCain paid regular lip service to the notion of reinstating it. The Glass-Steagall Act actually refers to a quartet of provisions within the U.S. Banking Act of 1933, with the names derived from the bill's sponsors, Virginia Democratic Senator Carter Glass, and Alabama Democratic Representative Henry Steagall.

The Act was passed in the morass of the Great Depression, and broadly speaking, it mandated a separation of commercial and investment banking practices, meant to safeguard the people's money from the risk of being lost by avaricious or reckless investments by their financial institutions. Remember, this was just four years following the cataclysmic stock market collapse of 1929, and there was a real popular appetite to make sure something like that never happened again.

Among other things, Glass-Steagall required that no more than 10 percent of a commercial bank's income could be derived from securities, which would've been a mighty useful regulation to have in place when 2008 rolled around. It had a 66-year run, clear through to its repeal in 1999, preceding the explosion of securities trading by commercial banks that ultimately led to the 2008 financial collapse. In its aftermath, some politicians and activists began calling for its restoration, as a means to break apart commercial/investment hybrid mega-banks and restore this protective firewall between the two, but the only major financial regulatory result we got out of the crisis was the Dodd-Frank Wall Street Reform and Consumer Protection Act.

Sanders is by far the most vocal, long-running proponent in the Democratic race for reinstating Glass-Steagall, which makes a ton of sense. He's by far the most vocally anti-big bank candidate for president either major party has seen in decades. It's also an area of sharp disagreement between his campaign and Clinton's, which is more or less the reason it came up in Tuesday's debate — Clinton hasn't gone so far as to back the reinstatement of Glass-Steagall, and Sanders has tried to make some hay about that fact.