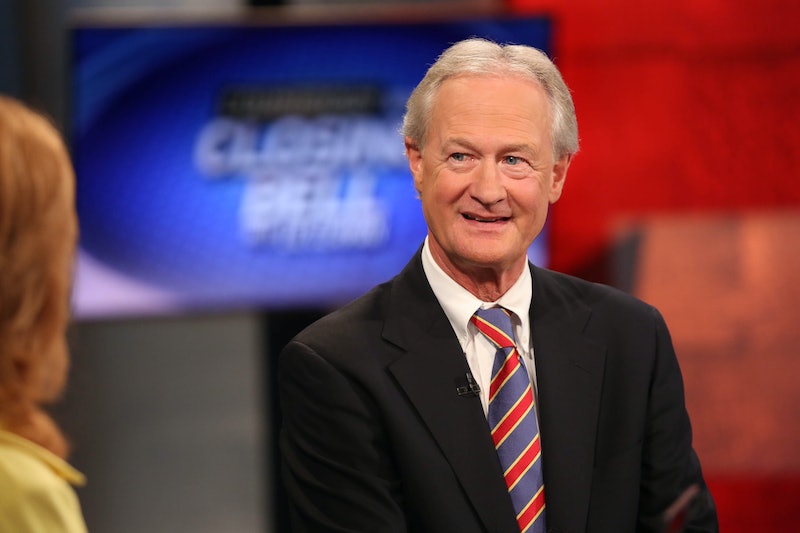 The first Democratic debate on Tuesday night has given long-shot presidential hopefuls a chance to introduce themselves to the country and make their case for their candidacy. Prior to taking the stage at the Wynn Las Vegas, few were aware of who former Rhode Island Sen. and Gov. Lincoln Chafee was. Perhaps one of the most fascinating candidates onstage, Chafee is the only one of the five candidates to have been elected while claiming affiliation with three different political parties, beginning his political career as a Republican. This lends itself greatly to the conspiracy theory that Lincoln Chafee is secretly Steve Doocy.

Doocy, a Fox News journalist, has even acknowledged the resemblance and so have viewers across the country. The on-air personality for the traditionally conservative network has even had his son, Peter, stoke speculation that the two could be one in the same. Doocy traditionally hosts a morning show and, given the fact that the Democratic debate is taking place in the evening, he could very well be putting on his Chafee costume and heading in to infiltrate the left wing. At least, that's what Twitter believes. Social media has been overflowing with comments about the two either being one in the same or closely related. Some even consider Doocy a love child of Chafee's.

The Chafee-Doocy comparison isn't a new one, though with Chafee's newfound visibility given the Tuesday night debate, it's certainly gained more traction. Chafee is looking to set himself apart as a candidate and not just a meme. Doocy himself, however, has been relatively quiet during the debate itself. Then again, it is pretty difficult to tweet on two different accounts and debate at the same time.