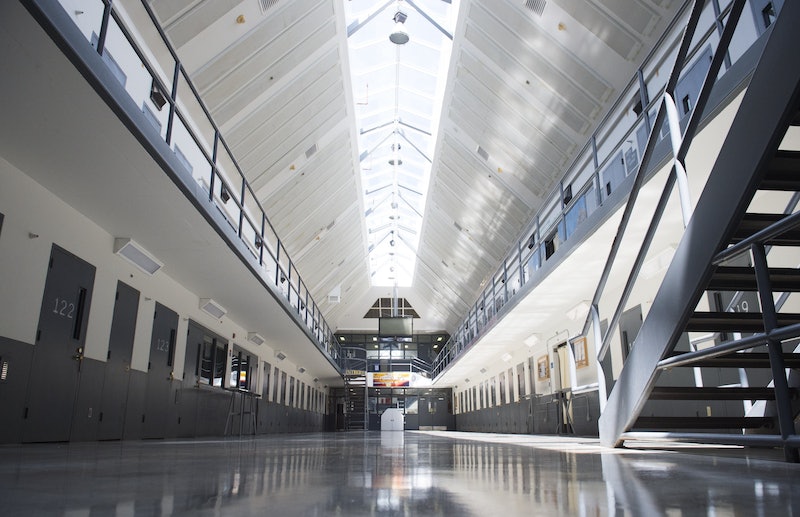 During the first Democratic debate Tuesday night on CNN, Vermont Sen. Bernie Sanders said the U.S. has more people in jail than China does. He made the claim both during his opening statement and in response to a question about the Black Lives Matter movement. Does the statement actually check out? Unfortunately, it was entirely accurate.

In his opening statement, Sanders said, "Today in America, we have more people in jail than any other country on Earth. African-American youth unemployment is 51 percent. Hispanic youth unemployment is 36 percent. It seems to me that instead of building more jails and providing more incarceration, maybe — just maybe — we should be putting money into education and jobs for our kids." Later in the debate, he said, "We have more people in jail than China," and he wasn't exaggerating. The U.S. does have the highest imprisoned population in the world. Even more astonishing, according to the NAACP, the U.S. is home to five percent of the world's population, but it holds 25 percent of the world's prisoners.

And Sanders wasn't wrong in tying the Black Lives Matter movement to the U.S.' insanely high prison population. Black people are incarcerated at six times the rate that white people are, and black people serve about as much time in prison for drug offenses as white people do for violent offenses, according to the NAACP. Much of that is due to mandatory minimums, which require states to give minimum prison sentences for drug offenses and account for much of the U.S.' overcrowded prisons — an issue John Oliver skewered in an episode of Last Week Tonight.

Sanders has made the inflated prison population a central issue of his campaign since early June. During a speech in Des Moines, Iowa, in June, Sanders spoke frankly about the intersection of police brutality and mass incarceration in the U.S., according to his campaign website:

From Ferguson to Baltimore and across this nation, too many African-Americans and other minorities find themselves subjected to a system that treats citizens who have not committed crimes as if they were criminals, and that is unacceptable.

Sanders has said that he would end the for-profit prison system, which "interfere with the administration of justice," according to his website:

No one, in my view, should be allowed to profit from putting more people behind bars — whether they’re inmates in jail or immigrants held in detention centers. In fact, I believe that private prisons shouldn’t be allowed to exist at all, which is why I’ve introduced legislation to eliminate them.

Sanders has also cited horror stories from for-profit prisons — such as when rat-infested food was served to prisoners in Michigan — as one of the many reasons he would shut them down, and it's clear from his debate strategy that it isn't an issue he will let go of any time soon.