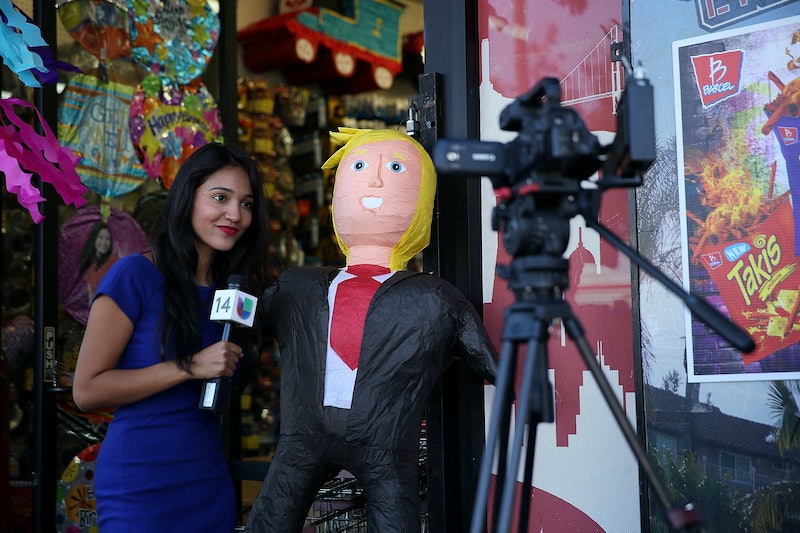 Martin O'Malley is the presidential election's new hero, thanks to a clever, on-the-fly quote from the first Democratic debate on Tuesday night. The former governor of Maryland called Donald Trump a "carnival barker," saying what we're pretty much all thinking at this point. To make things even better, we know Trump was watching thanks to his live-tweets.

In an answer that didn't even really seem to focus all that much on Trump, O'Malley found a way to sneak in a stinging zinger, calling the outspoken Republican frontrunner "that carnival barker in the Republican Party." We all knew Trump was going to come up during the debate, but personally I was expecting Hillary Clinton or Bernie Sanders to toss the biggest insult his way. Let's just say I'm not complaining about O'Malley's comment, though.

O'Malley was answering a question about his stance on immigration when he made the comment. He categorized Trump as one of the "immigrant haters" he would lead contrary to. The crowd seemed to agree with O'Malley, erupting in cheers at the ever-appropriate label of Trump. We'll probably never know if O'Malley had been practicing that line for weeks or if he just came up with that insult off-the-cuff, but either way, it was one of the most memorable quotes from the debate.

It's a great sound bite, but if you're wondering what a carnival barker actually is, you're not alone. As it turns out, though, this isn't the first time Trump has been called a barker, or someone who attracts attention to an event. Even if you are a Trump fan, you can't deny that he's brought attention to the election.