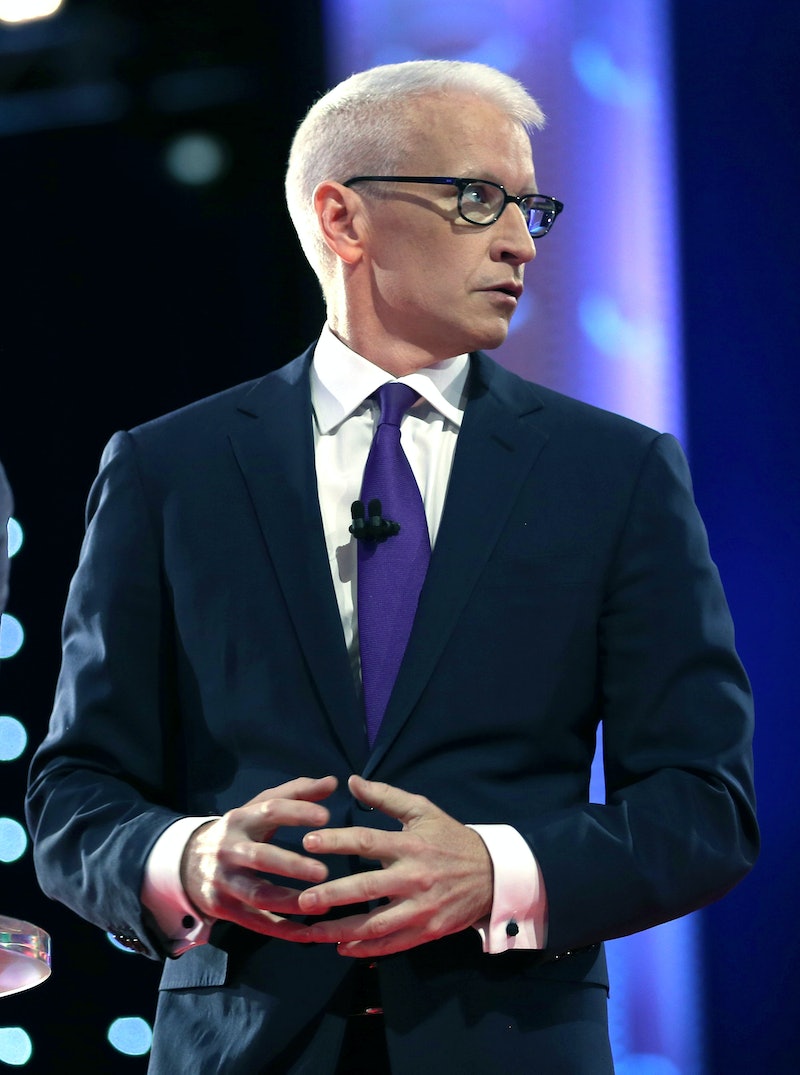 The results are in, and the big winner of Tuesday's Democratic presidential debate was ... the moderator. Sure, Hillary Clinton, Bernie Sanders, and the rest got in their digs at one another. But Anderson Cooper was, in a way, the most impressive person in Las Vegas that night. His questions were crisp, pointed, and in many cases, legitimately difficult for the candidates to answer. They were also genuinely entertaining. Cooper’s best moments helped the event fulfill its two main purposes: to inform Democratic voters on the candidates’ political views, and to keep viewers’ attention.

That may sound like a low bar, but sadly, it’s one that’s rarely cleared. All too often, debate moderators focus on vapid issues aimed more at stirring up controversy than informing voters about the issues relevant to selecting a new president. Cooper didn’t take that route; the questions he asked were all things Democratic voters wanted to hear about, from income inequality to the war in Syria to the Black Lives Matter movement.

Cooper combined relevant policy questions with a willingness to confront the candidates on their evasions and flip-flops, ensuring that the debate was both informative and entertaining. Let’s take a look at some of his pithiest, most combative, and overall best lines of the night.

When It Came Time To Talk About Weed

“Some of the Democratic candidates have tried marijuana. As has, pretty much, probably everyone in this room.”

When Jim Webb Complained About His Lack Of Speaking Time

“You agreed to these debate rules!”

When The Debate Neared Its End

“We are in the final block of this debate. All the candidates are back, which I'm very happy to see. It’s a long story.”

When Webb Continued Complaining About His Lack Of Speaking Time

“You agreed to these rules and you’re wasting time.”

When Bernie Sanders Suggested That Putin Would Regret Bombing Syria

“He doesn’t seem like the type of guy to regret a lot.”

“Are you saying you didn’t know what you were voting for?”

When Bernie Sanders Denied Being A “Casino Capitalist”

“Is there anybody else on the stage who is not a capitalist?”

When Chafee Compared Himself To A “Block Of Granite”

The only question now: Is it too late for Cooper himself to jump in the race? Judging by the praise he's received so far for his performance, he'd enter the campaign least as popular as the rest of the candidates.