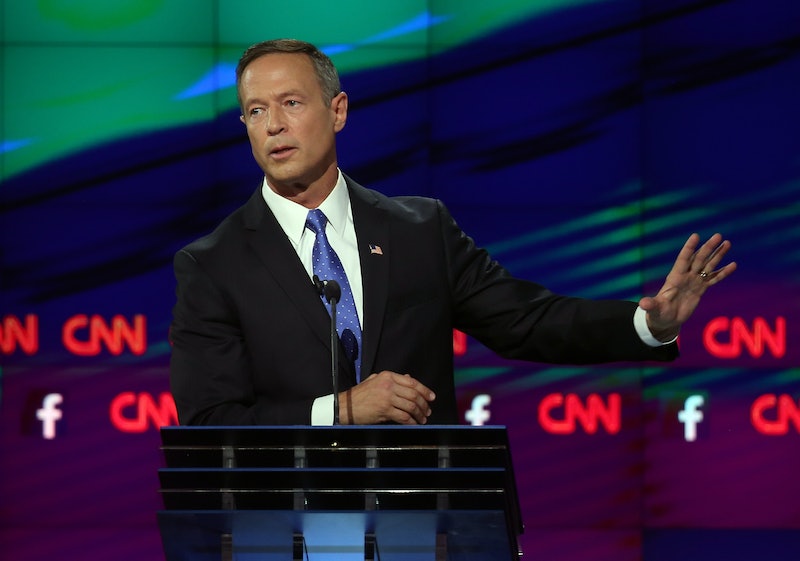 The first Democratic primary debate was as surprising as it was informative. The Tuesday night prime-time event was worlds away from the most recent Republican debate. Rather than attacking their fellow candidates, left-wing presidential hopefuls were quick to defend and agree with each other. Of the five candidates onstage, three had been polling at one percent or less, so this initial debate was as much a proving ground as it was a chance to introduce the likes of Lincoln Chafee, Jim Webb, and Martin O'Malley to the American people. Since he showed perhaps the strongest performance of the bottom three, the real question is whether Martin O'Malley can actually win.

O'Malley's debate performance shows a thoughtful candidate who may have cemented himself as a more viable vice presidential hopeful than someone seeking the highest office in the land. He readily agreed with his fellow candidates on key points, including immigration, finances, and foreign affairs. After Democratic frontrunner Hillary Clinton spoke about the consistently progressive stance that the left has taken on immigration issues, O'Malley couldn't help but pipe up and say "Here, here!"In fact, during O'Malley's closing statement, he managed to praise the entire debate by calling out the good work of his fellow candidates. O'Malley said:

I am very, very grateful to be on this stage with this distinguished group of candidates tonight. And what you heard tonight ... was a very, very different debate from the sort of debate that you heard from the two presidential Republican debates ... What you heard was an honest search for the answers that will move our country forward.

On his own, though, O'Malley provided some surprisingly lackluster points, and even made a major gaffe while answering a question on foreign policy. While discussing U.S. involvement in Syria, he mistakenly said that the country's president, Bashar al-Assad, had somehow invaded his own country. "I think Assad's invasion of Syria will be seen as a blunder," O'Malley said. Likewise, the statistics he touted regarding a reduced rate of arrests during his tenure as Baltimore mayor was absolutely false. The Democratic presidential hopeful was off by two years when it came to arrest rates; it was 2005 and not 2003, as he had stated.

O'Malley may have won among the three relatively unknown candidates, but he's still not quite there when it comes to name recognition and overall performance. According to stats released by Twitter as it followed users live-tweeting the debate, O'Malley's name came up just six percent of the time, putting him as the second-least-mentioned candidate. Despite his success in this first debate, O'Malley still has a long way to go as a contender.