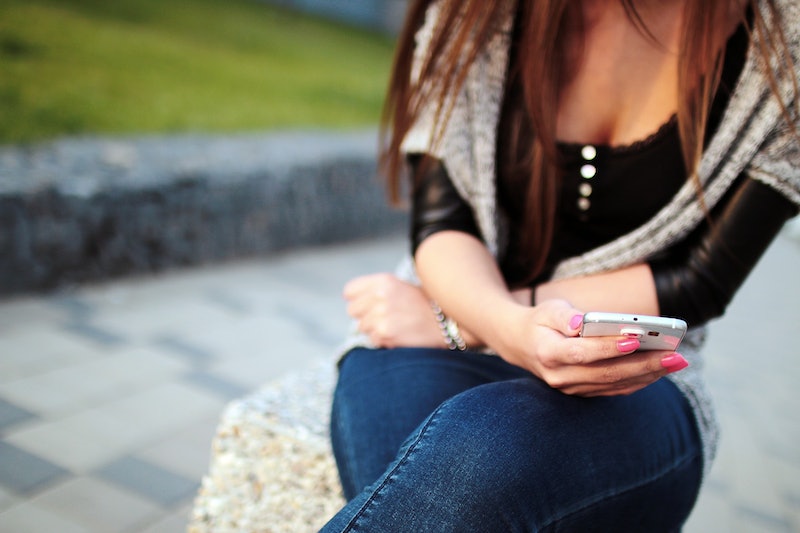 Being a parent in the digital age can be tough. From Twitter to Snapchat to Instagram, there are a million and one ways for kids to connect outside of school — and sadly, a million and one ways for them to become a target of cyberbullying, too. But what do you do when your kid's the one doing the bullying? Fortunately, there's an app for that. My Social Sitter is an anti-cyberbullying app that allows parents to not only keep up with what their kids are doing online, but also hopefully prevent their kids from bullying others.

The app’s creator, Michele Joel, explained to Tampa's WFLA that the technology is able to analyze more than 3,000 phrases in six different languages. My Social Sitter is free in the app store, and can be installed right on any Android or iPhone. Users do, however, have to pay a monthly fee for the service plan, which could set you back up to $34.99 a year (or $2.92 a month), depending on the plan you choose. While it runs in the background, users can continue along posting on social media as they normally would, unless the app's super savvy algorithm detects certain trigger words. If intercepted, the post can be rewritten; but basically, it will keep getting bounced back and they will receive an alert.

So where do parents come in? They get notified by text message every time their child creates a new social media account, if they use hurtful or damaging language in their posts, or if anything they say alludes to thoughts of depression or suicide — something the app's creator felt pretty strongly about. "I've been in technology marketing. And I've seen a huge need. And it wrenched my heart," Joel told Cleveland's WTVM. "Kids are committing suicide and there are school shootings happening. So I saw a huge need to create something that could help the situation."

And there's another perk, too. My Social Sitter doesn't just educate kids about cyberbullying; it also rewards them for their good behavior. According to the app’s official website, when posts are positive, the program gives the user tokens that can be spent on gift cards. Pretty smart, huh?

The stats are clear: Cyberbullying is a growing issue among young kids and teens, and if we don't step in now, it's only going to get worse. That's no exaggeration, either — just consider these eye-opening facts about the trend, according to the anti-bullying organization Do Something:

Whether or not My Social Sitter can really prevent cyberbullying on a large scale still remains to be seen. After all, it's still too new to see any results. But at the very least, it's a step in the right direction.