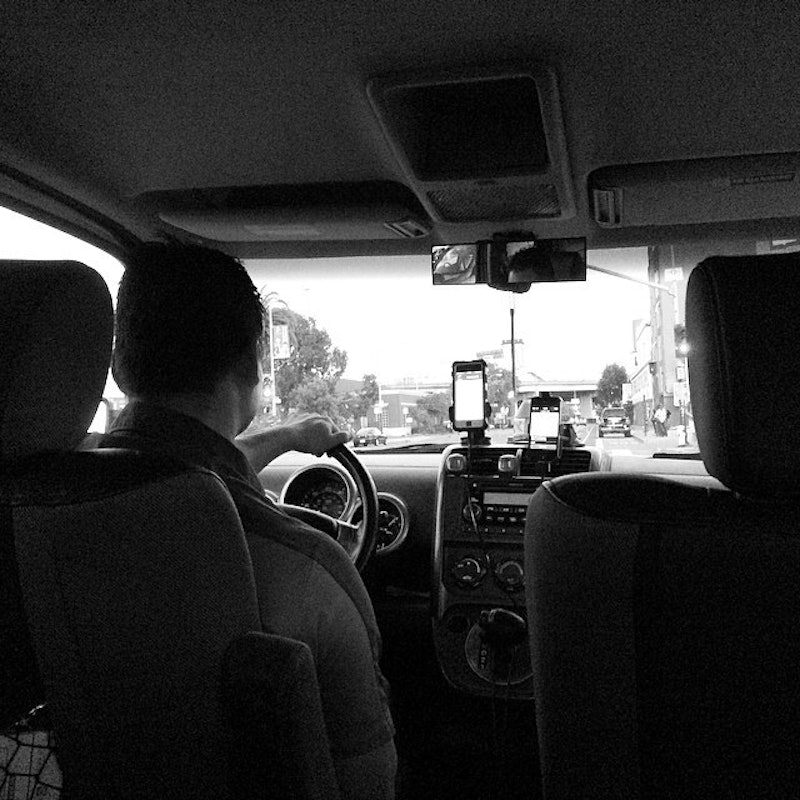 According to a press release posted on their site Tuesday, Uber will now send its drivers AMBER Alerts, geographically targeted to those who are in the vicinity of a suspected kidnapping. Partnering with the National Center for Missing & Exploited Children, drivers will receive immediate regional alerts as they're issued. The program was tested in Uber's Colorado market in July, and was clearly a success, since it's now going nationwide. Considering the sheer number of Uber drivers there are on the road these days (the press release states that "[t]he Uber network covers 75 percent of the U.S. population"), the benefit to having extra eyes on the lookout could be huge.

A network of people who are already on the road seems like a great match for the AMBER Alert system, which law enforcement agencies use to send out time-sensitive child abduction bulletins. AMBER alerts are intended to reach as many members of the community as possible — a sort of civilian APB, if you will — to quickly recover missing children. Uber boasts over 160,000 drivers nationwide, according to a January 2015 report, which translates to 320,000 additional eyes looking for kids in danger. For parents of missing children, this could be of some small comfort, particularly because of how helpful AMBER Alerts have been proven to be — and the more people aware of them, the better.

As it stands today, the NCMEC credits AMBER Alerts with successfully recovering 772 children since the system's inception. From their website:

AMBER Alerts are broadcast through radio, television, road signs and all available technology referred to as the AMBER Alert Secondary Distribution Program. These broadcasts let law enforcement use the eyes and ears of the public to help quickly locate an abducted child. The U.S. Department of Justice coordinates the AMBER Alert program on a national basis.

The AMBER Alert Program was named in honor of 9-year-old Amber Hagerman who was abducted while riding her bicycle in Arlington, Texas, and was later found murdered. The program is used in all 50 states, the District of Columbia, Puerto Rico and the U.S. Virgin Islands.

Getting thousands of drivers on board with the AMBER Alert program is great news. It's also a pretty good P.R. move (whether intentional or not) for a company that sorely needs one. For the last year or so, Uber has fielded accusations of assaults and kidnappings allegedly committed by their own drivers. One such incident happened just this past summer, when an Uber driver in New Delhi, India, was accused of sexual harassment by a female passenger. In response to the allegations, Uber's General Manager Gagan Bhatia issued the following statement:

Our team immediately reached out to the rider via phone within a few minutes of receiving the feedback. Multiple members of the Uber team have spoken with the driver. Uber has a zero-tolerance policy towards inappropriate behavior and immediate action has already been taken with the driver partner being deactivated while the matter is being thoroughly investigated. In order to protect the privacy of parties involved, we will continue to handle this matter directly with the concerned parties. As discussed with the rider on the phone and email, our team is ready to assist further in any way we can to share information with authorities. We can also confirm that the driver partner does have a valid PSV badge and commercial license issued by the Delhi authorities.

If anything, maybe this new program — coupled with Uber's zero-tolerance policies — will make potential customers a little less wary of the company's services, now that drivers are poised to be heroes for missing kids.