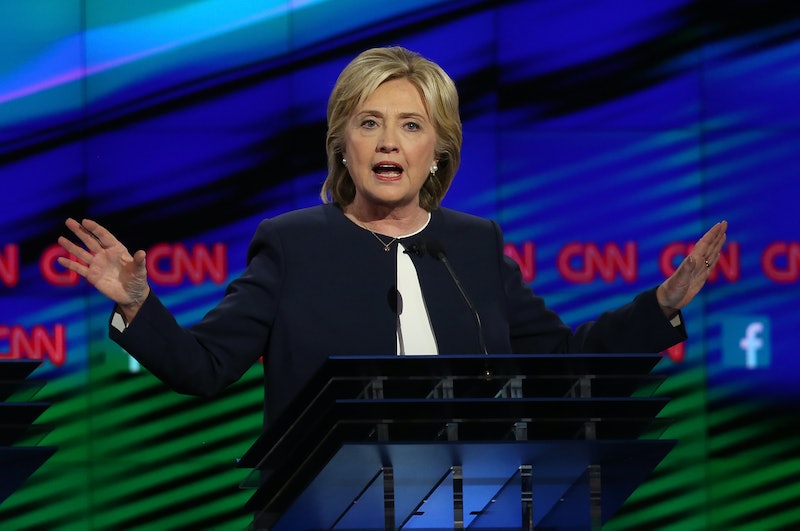 At Tuesday night's Democratic debate, Hillary Clinton asserted her foreign policy fearlessness. Twice, she mentioned how she and President Obama once "hunted down" the Chinese at a climate conference in Copenhagen in December 2009. "I have been on the forefront of dealing with climate change, starting in 2009, when President Obama and I crashed a meeting with the Chinese," Clinton told Anderson Cooper. It may have surprised viewers, but she was referencing a well-documented secret meeting between China and India that Clinton crashed to confront the Chinese government about their emission of greenhouse gases. In her memoir Hard Choices, Clinton gave a detailed description of the meeting, which the Chinese organized in secret to exclude the United States.

The drama emerged after two weeks of unproductive talks with world leaders. On the last Friday of the international climate change summit, President Obama tried to meet with the heads of state from Brazil, China, India and South Africa — the world's biggest polluters. Administration officials told him that those leaders had already left for the airport. In her memoir, Clinton described the next moment in detail. "When we couldn't find any of the leaders of those countries, we knew something was amiss and sent out members of our team to canvass the conference center."

According to The Times of India, Obama and Clinton then learned that Chinese premier Wen Jiabao had organized a secret meeting with Prime Minister Manmohan Singh of India. "Eventually they discovered the meeting's location. After exchanging looks of 'Are you thinking what I'm thinking?' the president and I set off through the long hallways of the sprawling Nordic convention center, with a train of experts and advisers scrambling to keep up."

Once they found the makeshift conference room where the meeting was being held, Obama, Clinton, and their aides approached a "commotion" as she describes it — foreign aides and security guards outside the door. According to Clinton, White House press secretary Robert Gibbs confronted a Chinese guard. "In the commotion the president slipped through the door and yelled, 'Mr Premier!' really loudly, which got everyone's attention. The Chinese guards put their arms up against the door again, but I ducked under and made it through," Clinton wrote.

Someone must have scrounged together a few extra chairs for the Americans, because they joined the meeting and engaged in an hour and a half of negotiations. The Telegraph reported in 2009, however, that Obama denied crashing the meeting. An administration aide admitted, "I think there was no doubt there was some surprise that we were going to join the bigger meeting."

It was an exciting moment in diplomacy, for sure. But regardless of how Clinton and Obama entered, their exit from the summit in Copenhagen has been duly reported. Participants in the meeting agreed to "take note" of the recommendations for capping pollutants, but did not ultimately sign any binding agreements that would take action on climate change.

Sure, the President didn't need to advertise such a dramatic episode, but it certainly helped Clinton's performance at the Democratic debate on Tuesday. Clinton used the debate as a forum to assert her toughness when it comes to foreign policy. She was one of the only candidates to express support of a no-fly zone over Syria and Cooper asked her competitors if she seemed too quick to resort to military action.

As amusing as these memes make it seem, Clinton's description make this episode sound even more thrilling.