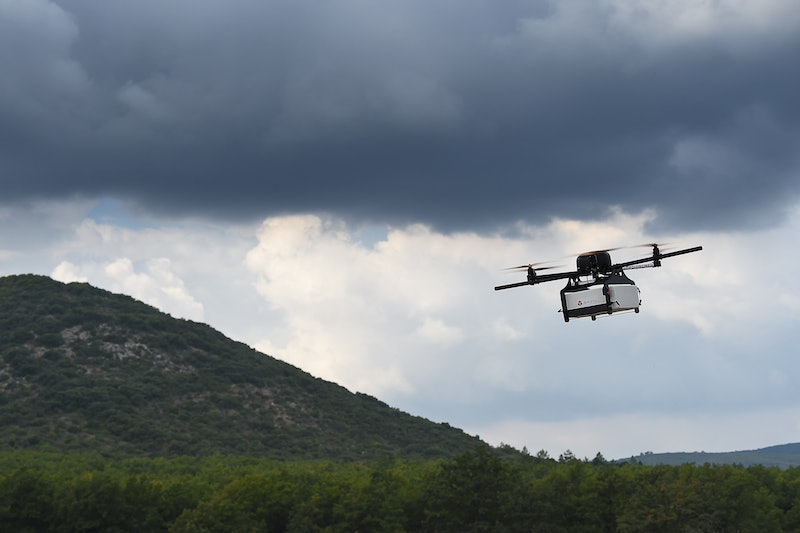 Secret military documents, which some press are referring to as the Drone Papers, have leaked via an investigative online magazine called the Intercept, which is partially headed by Edward Snowden. The documents detail the inner workings of the U.S. military's assassination program in three countries: Afghanistan, Yemen, and Somalia. The papers were provided to the Intercept by a whistleblower who goes unnamed.

The Intercept's Drone Papers series is split into eight articles. The first, titled "The Assassination Complex" begins, "From his first days as commander in chief, the drone has been President Barack Obama’s weapon of choice, used by the military and the CIA to hunt down and kill the people his administration has deemed — through secretive processes, without indictment or trial — worthy of execution."

The articles come complete with graphs and blacked-out screenshots of top secret terror "watchlists" as they appear on the terminals of personnel conducting drone operations. Among the information revealed by the papers is how the president authorizes targets for assassination, evidence that assassinations depend on "unreliable intelligence," and evidence that strikes often "kill many more than the intended target."

A graph of the number of U.S. drone strikes in Yemen, which is estimated to fall between 122 and 295 strikes from 2002 to 2015, shows that 34 to 46 children and 133 to 261 civilians were killed accidentally. Though every president since Gerald Ford has upheld the executive order banning assassinations by U.S. personnel, Congress has avoided defining the word "assassination" itself. This means that proponents of drone wars have opted for a more palatable term: "targeted killings."

The whistleblower behind the documents told the Intercept that they leaked them because they believe that U.S. citizens have the right to know how the U.S. ranks people on kill lists and ultimately deems them worthy of assassination:

This outrageous explosion of watchlisting — of monitoring people and racking and stacking them on lists, assigning them numbers, assigning them ‘baseball cards,’ assigning them death sentences without notice, on a worldwide battlefield — it was, from the very first instance, wrong. We’re allowing this to happen. And by ‘we,’ I mean every American citizen who has access to this information now, but continues to do nothing about it.

The Intercept reached out to the Pentagon, the White House, and the U.S. military's Special Operations Command, but all declined to comment. A defense department spokesperson told the Intercept, “We don’t comment on the details of classified reports.” The Intercept refers to the whistleblower as "the source" throughout its investigation, "because the materials are classified and because the U.S. government has engaged in aggressive prosecution of whistleblowers."

Among the most revealing information in the papers is the fact that the government openly admits that drone strikes hamper its intelligence gathering abilities. A study by the Pentagon's Intelligence, Surveillance, and Reconnaissance Task Force stated bluntly: “Kill operations significantly reduce the intelligence available." A chart also showed that special operations actions in the Horn of Africa "resulted in captures just 25 percent of the time, indicating a heavy tilt toward lethal strikes."

Though the Pentagon and the White House often state that drone strikes are preferable to on-the-ground intervention because they minimize civilian deaths, evidence from Operation Haymaker in northeastern Afghanistan shows that might not always be true. Between January 2012 and February 2013, U.S. special operations airstrikes killed more than 200 people. Only 35 of those people were intended targets. The source told the Intercept that "anyone caught in the vicinity is guilty by association."

Other parts of the Intercept's investigation show that there can be little reason given for certain strikes, which is troubling when a strike doesn't kill any militants, as was the the case during a September 2012 strike in Yemen which killed 12 civilians, including three children and a pregnant woman. The whistleblower told the Intercept that the targets of strikes just become numbers, and that's part of the reason this program is so troubling, given the fact its been labeled the "more humane" option:

They have no rights. They have no dignity. They have no humanity to themselves. They’re just a ‘selector’ to an analyst. You eventually get to a point in the target’s life cycle that you are following them, you don’t even refer to them by their actual name.

Eventually, the source said this contributes to “dehumanizing the people before you’ve even encountered the moral question of ‘is this a legitimate kill or not?’”