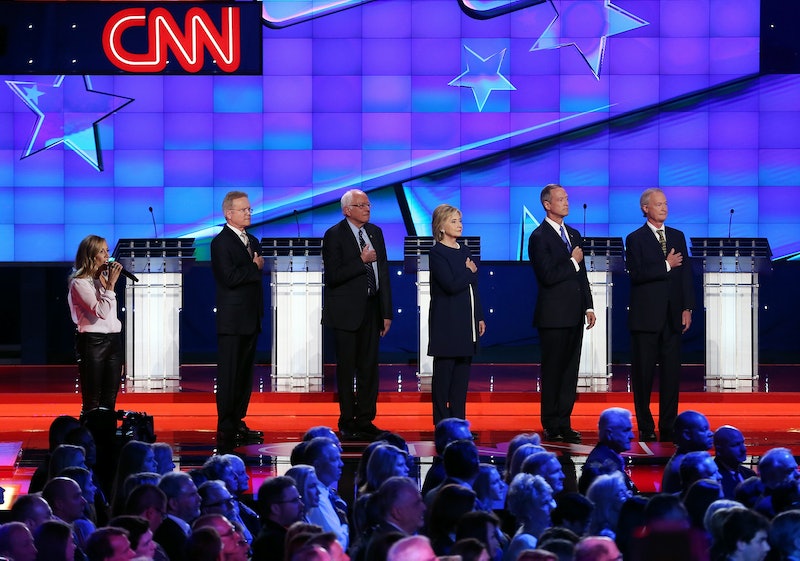 With the presidential election already in full swing, polls seem to be everywhere. Who won the debate, Clinton or Sanders? Is Trump a viable candidate, yes or no? Can Jeb Bush catch up? Would anyone really vote for Ben Carson? There are a slew of polls published each day, and often much ado is made of them. On their surface, the results of polls that are offered online seem like some of the best information we can get about what's happening in a political race. They're supposed to give us hard numbers about who is in the lead and who is lagging behind. Well, it turns out that polls don't necessarily offer dependable or statistically relevant information, and for this, we should be wary of their results.

This is not to say that political polls are complete junk. But without the proper context and analysis, they can certainly be misleading. Poll literacy is something that is important for all of us to cultivate, especially when polls are so prevalent in reporting about political opinions and candidates, and can even determine who participates in debates. As it exists now, political polling (especially in respect to polls taken online) is not very reliable in terms of expressing broader public opinions. And many major polling mistakes have come to light in recent years. Here's why.

In September, Slate published an article detailing the issues that come with online polls due in large part to the lack of randomness involved. Randomness is important in a poll because it's the only way to prevent a bias that would skew its results. The piece went so far as to state that online polls can't truly be considered polls, as they only give an indicator of how the participants of the poll feel, and cannot be read as a measure of how the broader public feels.

This is because only people who already visit the website hosting the poll (like Fox, CNN, or even the DNC and RNC websites) are going to reply. When we're talking about a poll on the DNC's website, the chances that only Democrat-voting people are responding to the poll are high, which means that we're not getting an idea of the American public's opinion, but rather of how Democrats who have Internet access and who read the DNC website feel about the subject of the poll. To this end, some research institutions conduct their polls through randomized telephone calls.

Poll Response Sizes Can Be Small

Even with random telephone polling, The New York Times noted in June that the rise of cellphones has made landline calling much less effective, and that response rates to random polling calls from Pew Research Center (a leading polling group) has dropped to eight percent. Such a response rate might not be large enough to yield meaningful results when we're talking about national issues. For big national issues (such as questions about the popularity of presidential candidates), a very small poll sample size holds little meaning.

Polls Can Be Worded In A Way That Skews Results

Philip Graves, author of the book Consumer.ology, which is about human behavioral psychology, has also written about the issues inherent in polling. Writing about former Gallup pollster David W. Moore in 2013, Graves noted his observation that:

The complex questions prior to the reported opinion prime respondents to answer in a particular way. One poll asking about support for oil drilling in the Alaska’s wildlife refuge found the public opposed to it by a margin of 17 percentage points. Another poll conducted within a month of the first found the public in favour of it by exactly the same margin (both polls corresponded with the interests of the people commissioning them).

This means that in addition to concerns related to the size of a poll, the content of the poll and the way the questions are posed can also cause problematic results. It's difficult to get an unbiased poll.

Overall, we should not be looking to any poll, especially online polls, for rock-solid information about a given topic. Instead, we can use them as a tool that offers an indication of how a specific group of people is feeling about a topic. And for larger polls, we should understand that they might be working with a small sample size. The Slate piece about the problems of polls even went so far as to say that we should think of online polls purely as entertainment. All of it should be taken with a grain of salt. Any poll that was performed legitimately will also have information about survey size and margin of error, so be sure to check out such stats.

We can also do research that isn't dependent on potentially faulty surveys. Listening to political pundits who thoughtfully analyze politics and who do not cater their opinions exclusively to one political party can be a great resource for informing one's opinions of the political arena. For example, a poll might say that Trump won a debate, but a skilled pundit might say that Bush dominated. Gathering information from independent news sources can also give us straightforward facts that we can use to formulate our own opinions. It might be tricky, but there are definitely reliable ways to navigate the political landscape!