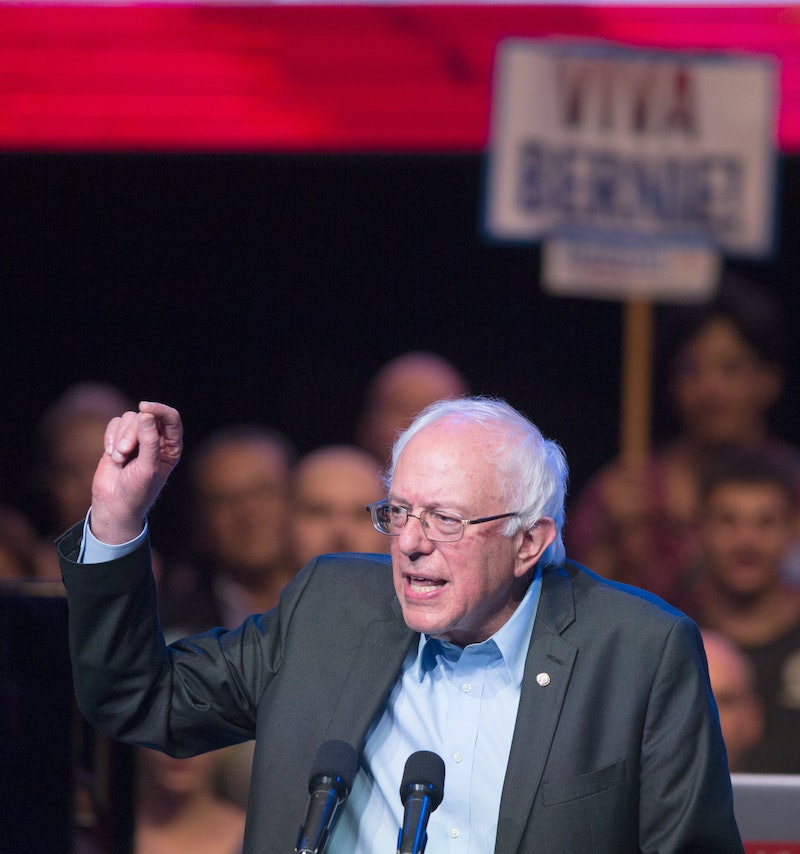 Whatever your political persuasion, there is one universal truth that Democratic presidential candidate Bernie Sanders can affirm: Harry Styles is the best member of One Direction. (Apologies in advance to Liam Payne, Louis Tomlinson, Niall Horan, and all of their subsequent stans who are going to come for me after this.)

In a recent appearance on The Ellen DeGeneres Show, the Vermont senator spoke at length with the talk show host about serious issues facing our country today — but he was also totally game for a few lighthearted topics. In addition to questions like "What Ben & Jerry's flavor would you be?" (answer: Bern Bernie Bern), Sanders also outed himself as a Harry girl, endearing himself not only to the audience but also to the entire American public, and to anyone with two eyes and a pulse.

When asked who his favorite member of One Direction is, Sanders was slightly hesitant at first — psh, as if this requires much thought — before easily being persuaded by audience members, who were busy yelling out "Harry!" because duh.

"Oh, I think, maybe ... hmmm ... Harry," Sanders replied, drawing a cheer from the audience, obviously in agreement with his choice.

Not that I pick my presidents based on their faves in a boy band (or do I?), but I have to admit that Sanders won me over just that much more with his taste in One Direction. Because as every presidential hopeful should know, despite the talent and unquestionable good looks of Payne, Tomlinson, and Horan, it is Styles who is the veritable Greek god in One Direction. Good call, Bernie Sanders, good call.

Now, I shudder to think what would have happened if Sanders had picked Zayn Malik instead. Protests would ensue. Households would be divided. Divorces would probably happen. You just saved America with that answer, Bernie Sanders. Hats off to you.