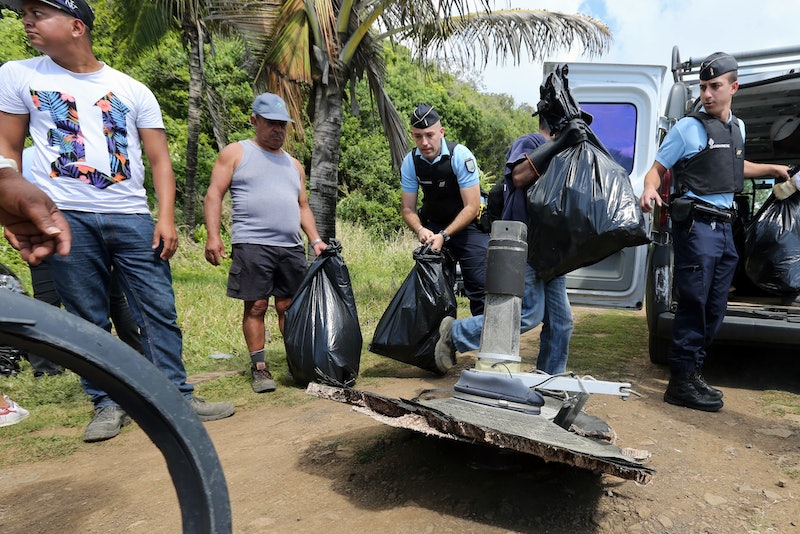 Over the last two weeks, the FAA, Boeing, and Airbus have issued warnings about the imminent dangers of lithium batteries aboard planes, sparking speculation that complications with lithium batteries is one of the many theories behind the crash and ultimate disappearance of Malaysia Airlines Flight 370. In its statement, Boeing stated that no cargo loads of lithium-ion batteries should be transported via passenger aircraft, as it was not currently safe to do so, the Daily Beast reported. None of the groups who issued the warnings cited a reason for the warning, but given the enduring mystery of the plane, which was carrying 239 people, many are speculating the two are linked.

In its piece theorizing about the battery connection, The Daily Beast noted that while none of the groups who have advised against carrying lithium-ion batteries as cargo gave reference to a particular event that gave rise to this concern, there is circumstantial evidence that points to the likelihood of a fire causing a battery explosion on the flight, prompting the warnings from the FAA and others.

The Daily Beast cited nine parts of Boeing's warning that mentioned the increased hazard of lithium-ion batteries in the presence of fire, causing speculation that MH-370 experienced a fire-related incident with batteries.

Meanwhile, The New Daily spoke with one aviation expert, CQ University senior lecturer Ron Bishop, who had this to say about the lithium-ion battery explosion theory:

If you look at their flight path they did almost a complete 180 [degree turn] back towards Malaysia, and if you have a problem in-flight that is essentially what you would do. I’m not sure what happened with the last turn towards the right, that could have been because of a lack of oxygen. Fire would damage some of the safety equipment, or some of the equipment could have been turned off or disabled – that would explain the transponders being turned off.

Both The Daily Beast and The New Daily noted that there are myriad conspiracy theories about the flight's disappearance, some more far-fetched than others. And while the new battery explosion theory is by no means a conspiracy, there has certainly been a great deal of speculation about what exactly went wrong on the flight, and no official confirmation.

The latest development was back in July, when part of what was later confirmed to be the plane's wing was found near Réunion Island.

The lack of information about what was happening in the cockpit — the last thing we know was the plane's co-pilot saying, "All right, good night," which is routine — makes it very difficult to know definitely what happened at the time of the crash or what caused it. As Bishop told The New Daily, "You just don’t know — that is the most frustrating thing, we just don’t know."