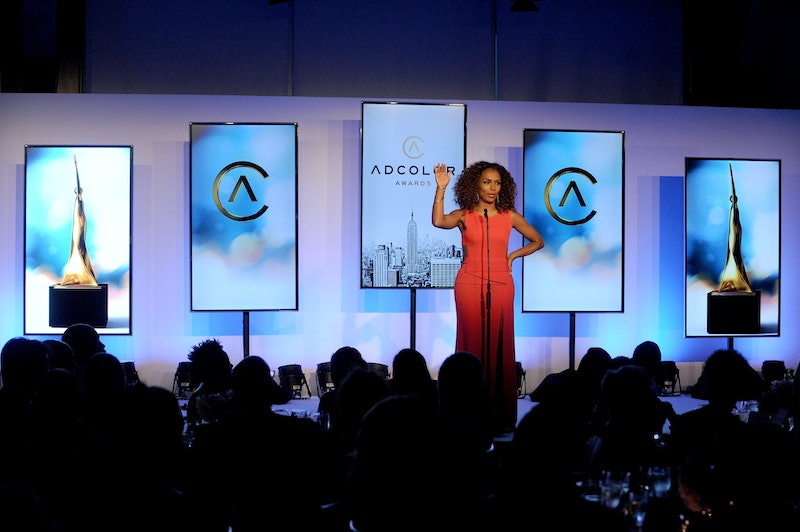 It's been a long week. Between Tuesday's Democratic debate and ongoing attempts to defund Planned Parenthood, it's about time we take a breather to look at some of the more empowering feminist things that happened this week. After all, feminism doesn't need an occasion; we should always be uplifting and amplifying the voices of our fellow feminists! From a haunted house celebrating queer feminism to Emma Watson's revelation that she understands intersectionality, there are plenty of feminist moments from the week to celebrate. Taking care of ourselves is a necessity if we want to keep fighting the good fight, so let's take a look at some of this week's important feminist quotes.

Halloween is just two weeks away, and from the generic mix of haunted houses and costume parties the season has to offer, an innovative idea has emerged: KillJoy's Kastle, a "lesbian feminist haunted house" in West Hollywood created by two Toronto artists and inspired by Sara Ahmed's book "The Promise of Happiness." Artists Allyson Mitchell and Deirdre Logue, who collaborated on the installation, run the Feminist Art Gallery in their hometown, and they have been putting on the haunted house since 2013 to challenge sexism and homophobia. Speaking to the LA Times about the haunted house — which combines zombies and witches with queer theory and consciousness raising — Mitchell explained the motivation to construct such a space.

For five or six years, we'd been riffing on these ideas. We were thinking about what makes people so scared. What is so scary about us — these queer nerds? So we figured, what better factory to generate a response than a haunted house?

"This project is about action," Logue added. "It's about creating an affective space where people can't not talk about the issues that are raised."

Emma Watson has been a passionate feminist for a long time. The spokeswoman for #HeForShe, Watson frequently speaks out about misogyny in the film and fashion industries. So when someone asked her in a recent Twitter chat if she was a white feminist, I held my breath — but Watson did not disappoint. In the most technical sense, she obviously is a white feminist, but her response indicated that she understood her position of privilege, as well as the exclusionary nature of white feminism.

3. Zeba Blay And Emma Gray Respond To "I'm Not A Feminist" Claims

Last week, Meryl Streep and others wore shirts that said, "I'd rather be a rebel than a slave." Perhaps this was meant to be a feminist gesture — though Streep has gone on the record to say that she doesn't consider herself a feminist — but, of course, it is racially insensitive and seems to exemplify the problematic nature of first-wave feminism. In any case, Huffington Post's Zeba Blay and Emma Gray made a video to respond to Streep, Shailene Woodley, Marion Cotillard, and anybody else who claims that they are not a feminist. In the video, Blay and Gray explain what they think feminism actually means — social, political, and economic equality — and give examples of what it means to be a feminist.

If you believe any of the following: reproductive rights; equal pay for equal work; seeing diverse bodies, ethnicities, and gender expressions on screen and in magazines; providing education to 62 million girls who don't have access to it; ending sexual violence; having women in government; having women CEO's — you know, basic gender equality — surprise! You're probably a feminist.

Nancy Fraser is a professor of philosophy and politics at The New School. In an interview with Gary Gutting for The New York Times, Fraser explains how much of mainstream feminism is actually paving the way for new forms of sexism. In her critique of this neoliberal feminism, Fraser describes the necessary overlap between feminist and anti-capitalist movements.

My feminism emerged from the New Left and is still colored by the thought of that time. For me, feminism is not simply a matter of getting a smattering of individual women into positions of power and privilege within existing social hierarchies. It is rather about overcoming those hierarchies. This requires challenging the structural sources of gender domination in capitalist society — above all, the institutionalized separation of two supposedly distinct kinds of activity: on the one hand, so-called “productive” labor, historically associated with men and remunerated by wages; on the other hand, “caring” activities, often historically unpaid and still performed mainly by women. In my view, this gendered, hierarchical division between “production” and “reproduction” is a defining structure of capitalist society and a deep source of the gender asymmetries hard-wired in it. There can be no “emancipation of women” so long as this structure remains intact.

This week, transgender activist, author, and journalist Janet Mock spoke at my school, Northwestern University, where she discussed the myth of objectivity in journalism, the intersectional nature of her activism, and the importance of media representation, among many other subjects. Anna Waters, the politics editor at campus newsmagazine North by Northwestern — where I am also an editor, for the sake of complete transparency — covered the event. In her coverage, Waters included a discussion between Northwestern senior Bo Suh and Mock where the latter touched on her experience with sex work, to which she turned in order to "fight for her own survival."

To be a young black or Latina trans girl on the streets, pushed out of hostile homes and intolerant schools and told that their only resource is their body and so they use their bodies to save themselves and be their own heroes, I don’t know a greater feminist act than that. If we aren’t centering these girls and women and people in our politics, then our feminism is phony.

One of two people who make up Darkmatter, a transgender South Asian artist collaboration, Alok Vaid-Menon published a Facebook post on Friday afternoon critiquing the gatekeeping tendencies by cisgender women on who is allowed to speak out about feminism. Vaid-Menon and Darkmatter co-collaborator Janani Balasubramanian frequently push activists to be more intersectional in their work and cognizant of the inherently violent nature of many mainstream "progressive" spaces. In the Facebook post, Vaid-Menon explained what trans-inclusive feminism actually looks like.