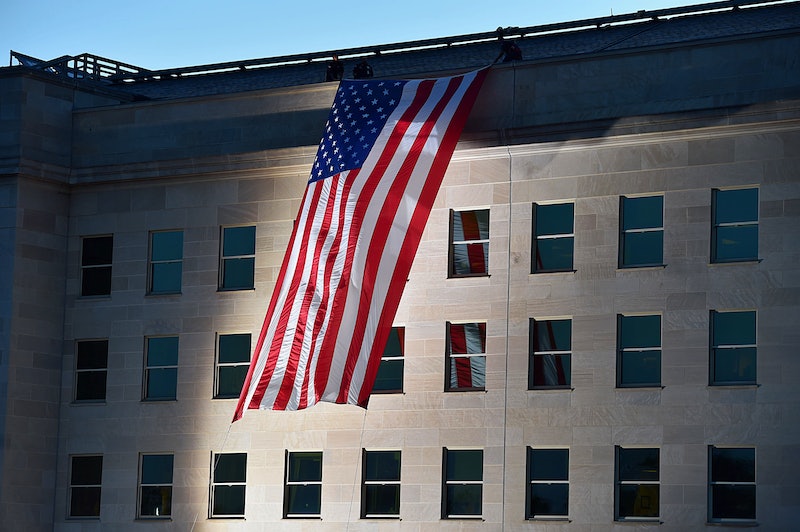 Different cultures, different habits, but we're all just people, right? It's good to check in every now and then with some of those distinctions between customs, traditions, and habits that separate the United States from the rest of the world, because it's always important to stay open to and conscious of other people's perspectives. Also, because it's fun and interesting to think about — here are 5 habits we think are weird here in America, but are actually very common and well-appreciated around the world.

Obviously, there are some things people will never be able to agree on. But it's worth thinking about some cues we could take from other cultures, maybe some habits and norms that are actually pretty worthwhile, but for one reason or another we simply haven't given a fair shake. When you're living in one of the richest global superpowers of all time, it's easy to get a little smug and assume that you've got it all figured out. But there's always something we can stand to learn from, right? Here are five habits from around the world that deserve a little more of a shot.

1. Using A Greeting And Goodbye All In One Word

Have you ever noticed how English lacks one of those short, sweet greeting-and-goodbye combo words that you see in some other languages? French has an informal example in "salut," Italian has one with "ciao," German has one with "servus." It's a very convenient sort of turn of phrase to have access to, a little (ideally monosyllabic) word to cover you whether you're coming or going. Sadly though, we really don't have an example of this in English, except a clumsy appropriation of the Hawaiian word "aloha."

Oh, if only the United States were a true bicycling haven. Think of what good shape we'd all be in! To say nothing of putting a little atmospheric aliveness back into the start and close of each day. While the number of Americans commuting on their bicycles has gone up noticably over the last ten years — a nationwide average of 46 percent, according to data from the League of American Bicyclists — we're still a far cry from the thriving bicyclist cultures across swaths of Europe, South America and Asia.

Sure, it might sound weird to imagine having to start your day with a nice, long bike ride, but think of the efficiency if you're within striking distance of your job? No such thing as bicycle gasoline, after all — it's just down to you and your legs. The Netherlands, in particular, are a genuinely bicycle-loving nation. As the BBC detailed in 2013, bikes actually outnumber citizens there, and in Amsterdam biking accounts for up to 70 percent of trips.

3. Thinking In Liters And Meters

When will the United States finally get on the metric system? Probably never, if history is any guide — we're a pretty in-your-face country sometimes, and changing our systems of measurement just to get the whole world on the same page doesn't sound like our style, in all honesty.

But it's not just that kind of stubborn, self-important attitude that's an issue. There's a social cost on you when you're abroad, and your friends and loves ones from foreign lands when they're over here. Suddenly, whenever you have to give some form of measurement, the outsider becomes even more out-of-step with everybody else.

As it stands now, only three countries on Earth don't use the metric system: the United States, Liberia, and Myanmar, and that's not really a list we ought to be on, all things considered.

Look, real talk for a minute: if you've never been somewhere that had a bidet in the bathroom, you're kind of missing out on a unique, game-changing experience. Toilets with bidets (sometimes called washlets in Japan, after a particularly popular brand) allow the user to — ahem — clean themselves, with a small stream of warm water. There are also separate, sink-style bidet units.

They help save on toilet paper, obviously, and they can be a real boon if you're feeling a little irritation down there. And yet, they're simply not a cultural expectation within the United States like they are in so many countries across Europe, and certainly throughout Japan. Some Americans even seem grossed out by the idea, but rest assured, it's actually a nice feature. When else would you turn down a little warm, soothing water to help you get cleaned up?

So many cultural divides boil down to matters of etiquette, and international attitudes towards soup-slurping display that pretty plainly. This is maybe one of the sharpest divides between the American and Japanese cultures, because while slurping up a bunch of noodle soup is broadly considered a bad, tacky habit stateside, it's actually much more than a habit in Japan — it's an outright demonstration of your enjoyment and appreciation. By noisily slurping up your udon, or ramen, or what have you, you're showing just how much you're loving the food.

By contrast, loud slurping in the U.S. is likely to get you some very nasty stares, especially if you're leaning into it in a crowded restaurant. It's a real testament to the power of being raised under certain cultural norms — while I can't personally deny that the sound sort of bothers me, countless other people clearly relate to it in very different ways. It sort of makes you wonder: just how much of personal preference comes from your society and your upbringing, and how much comes from something innate?