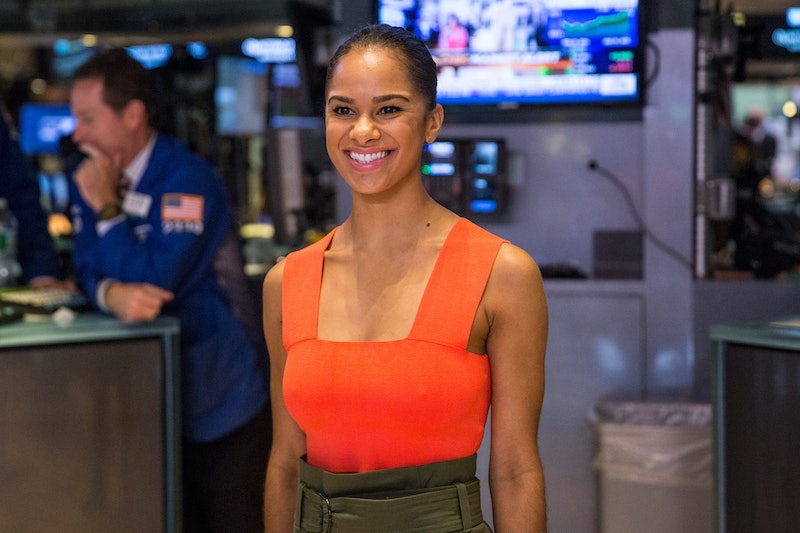 Jimmy Kimmel flew to the Flatiron District in New York City with his sidekick Guillermo to get a ballet lesson from American Ballet Theatre dancer Misty Copeland. Copeland, the first African American principal dancer at ABT, was patient with Kimmel and Guillermo, who apparently had three slices of pizza before they attended the lesson. Kimmel's dance lesson with Copeland was supposed to prepare him and Guillermo for a performance during his show, Jimmy Kimmel Live!, which was actually pretty impressive.

Kimmel says that he sought out Copeland because she reminded him of himself, though it's not very clear just how he came to that conclusion. In a video of the segment, Kimmel and Guillermo take a cab to the Flatiron District, and get out in pink tutus and leotards, to the dismay of passersby. When the cab pulls up, the famous theme from Tchaikovsky's "Swan Lake" plays in the background. Kimmel says "It took 47 years and a hell of a lot of soul searching, but today, I finally discovered that my passion is ballet."

When Kimmel enters the small studio area where Copeland is practicing, he holds out his hand to introduce himself, but she immediately starts giggling. She says, "Oh my god, your legs are really hairy." Then, Kimmel shows Copeland what he knows, which is the plie position.

He almost falls over while attempting it, but Copeland is impressed. She says, "You actually have really gorgeous legs." Guillermo quips, "I've been telling you that for life!" Then, when the camera shows a private interview after the lesson with Kimmel, he says he was very flattered:

I also want to say that she has a pretty good body, too. You know, for a woman.

Copeland demonstrates a few "simple" moves for the men to try. One includes a move wherein she swings her leg straight in the air. Guillermo says he blames his sluggishness on Kimmel, who took him to lunch before the lesson and fed him three slices of pizza.

Kimmel asks Copeland if he and Guillermo would be "ballerinos" if women are "ballerinas." She seems amused, but says, "You would be a dancer. There's no such thing as a ballerino."

Kimmel attempts the kick that Copeland did easily, which he calls a "grand-ma-ma," and has trouble keeping himself covered in the leotard.

Then, Copeland helps Guillermo and Kimmel put on their pointe shoes and stand on their toes at the bar. She tries to help Guillermo lift higher onto his toes, but he just couldn't get there:

Copeland tries to teach Guillermo and Kimmel the first steps that the swans do in the second act of "Swan Lake," and the results are hilarious. She says, "Well, not exactly, but ..." and Kimmel responds, "Isn't this good, though?" while jumping in the air. Copeland simply says, "Oh, um, no." He jokes that Copeland must've been tough on them because ballet is a competitive world, and she was bothered by the fact that he could "just stroll in and master it."

The lesson continues, with little improvement. At one point, Kimmel has trouble keeping himself covered with the tutu. Copeland says, "You need to keep that to yourself," and tries to help him. But he just states clearly, "When you dance like I do, every ballet is The Nutcracker."

Somehow, Copeland gets the pair show-ready, and they clumsily try to keep up with her on stage. At least their closing poses are beautiful.

More like this
'Grey's Anatomy's New Intern Got Advice From Dr. Bailey Herself
By Grace Wehniainen
Paul Mescal, Man Of Mystery
By Samantha Leach and Heather Hazzan
Morfydd Clark Is On A Quest Of Her Own
By Olivia-Anne Cleary
Nicola Coughlan’s Description Of Meeting Olivia Colman Is Just So Nicola Coughlan
By Sam Ramsden
Get Even More From Bustle — Sign Up For The Newsletter