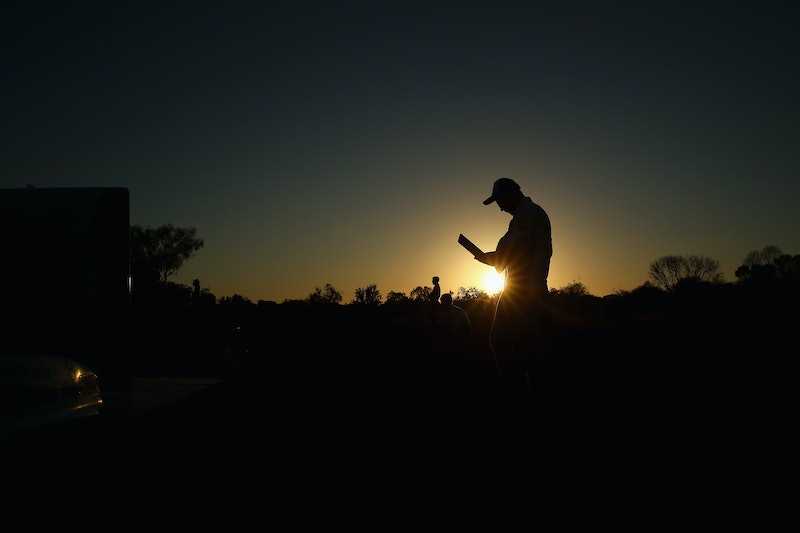 The need for criminal justice reform has gotten a lot of attention recently, but there's one aspect that rarely enters the conversation — sex offender registries. Online records of people convicted of sexual crimes are intended to keep everyone, especially children, safe from sexual predators — the words "sex offender," after all, illicit the image of a violent rapist or child molester. However, just like American jails and prisons, these state registries are overcrowded and may be doing more harm than good, which is why Americans should be talking about sex offender registry laws more.

There are currently more than 840,000 registered sex offenders in the U.S., according to data compiled by the National Center for Missing and Exploited Children, but they weren't all convicted of rape or sexual assault. In 12 states, you can be put on the registry for peeing in public; in six states, you can be forced to register because of prostitution-related charges; and in 29 states, teenagers can be put on the list for having consensual sex. Because some states group these crimes into the same category as rape and child molestation, people convicted for peeing in public are labeled as "sex offenders" and have their picture and personal information online for years, and sometimes their entire life.

Ira Ellman, a law professor at Arizona State University, tells Bustle: "The registries are enormously over-broad. They capture all sorts of people and impose all sorts of consequences on them that I think are very counterproductive."

Unlike criminals convicted of other crimes who have paid their debt to society after spending time in jail and on parole, sex offenders' punishment lasts much longer. In fact, 13 states require all sex offenders to remain on the registry their entire life, regardless of how old they were when they committed the crime or what the crime was. "That's a lifetime scarlet letter," Ellman says.

This lifelong label can be especially detrimental for minors convicted of sexual crimes. Vicki Henry, president of Women Against the Registry, tells Bustle: "Young people's brains don't fully develop until their mid-20s, and we're taking kids and we're ruining their lives."

The prolonged and extensive punishment that sex offender registries create is seen by some as a human rights issue — Human Rights Watch published a study in 2007 on the problems with U.S. sex offender laws. The report noted:

The over-breadth in scope is matched by over-breadth in duration: the length of time during which a former offender must register and be included in online registries is set arbitrarily, based on the nature of the crime of conviction and not on any assessment of the likelihood that the former offender continues to pose a safety threat.

Essentially, many sex offender laws are one-size-fits-all. Jamie Fellner, a Human Rights Watch senior adviser for U.S. programs and an author of the 2007 report, tells Bustle: "Tens of thousands of adults, as well as children, are being subjected to laws that deprive them of liberties and stigmatize them for life, whether it's warranted or not."

Often, registering as a sex offender comes with restrictions on where you are allowed to live to ensure that you're not near a school, park, day care, or other locations where children gather. However, as the Human Rights Watch report points out, these laws have the effect of banishing offenders to remote areas, away from their families and support systems that could help them re-enter society after jail. In California alone, there are more than 8,000 registrants who are currently homeless or transient, according to the California Sex Offender Management Board.

Henry says, "We have people who have to live in the woods or under bridges because they're too close to something."

In many states, sex offender registry laws have been defended based on the belief that people convicted of sexual crimes are at a high risk for committing additional sexual offenses. However, that's not necessarily the case. Ellman pointed out in an article on Casetext that the highly-cited statistic that 80 percent of sex offenders are at high risk for repeat offenses derives from a 1986 article written by a counselor that offers no evidence or support for the claim. Ellman wrote in the article: "There's a constitutional problem with rules that justify substantial burdens on large groups of low-risk offenders by mistakenly classifying them high-risk."

There is also no scientific or social evidence that sex offender registries keep people safe. Fellner says: "The public believes that these laws protect them and their children from sexual abuse when they do no such thing. If anything, they are counterproductive as they isolate people who get out of prison."

When a national practice is criticized for violating human rights and hasn't been proven to solve the problem it was intended to, it's time to start talking about its advantages and disadvantages. Prisons aren't the only part of the American justice system and conversations about criminal justice reform need to include all aspects of the issue if any real change is going to happen — including sex offender registries.