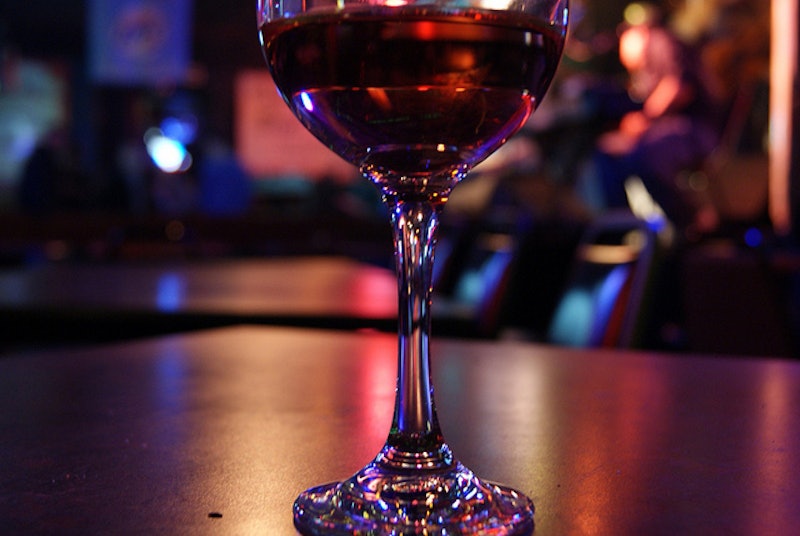 One of the first fears that takes root when you first discover your pregnant is that something you've already done — or are going to do — will cause irreparable harm to your child. And it doesn't help that so much medical advice is in conflict, especially when it comes to alcohol. It's no secret that heavy drinking while pregnant is harmful to a growing fetus, but doctors usually say a few drinks early on pose little to no risk. Until now, that is. According to the American Academy of Pediatrics, there is no "safe" amount of alcohol for pregnant women. What's more, beer, wine, and liquor all pose the same level of danger to a developing baby, according to AAP researchers. As if new moms didn't have enough to worry over.

Why the new advice? The study authors say they want to provide clear guidance to moms because so many reports have offered conflicting advice. A Danish study released three years ago said that light drinking in early to mid-pregnancy seemed to be largely safe, following research on 1,600 pregnant women who admitted to drinking some alcohol.

That finding is, of course, at direct odds with advice from the Centers for Disease Control that no amount of alcohol is safe for pregnant women or women hoping to become pregnant. Dr. Janet Williams, a professor of pediatrics at the University of Texas Health Science Center at San Antonio and co-author of the AAP report, told Live Science contributor Cari Nierenberg that the connection between alcohol and birth defects is supported by more than 30 years of research — and "as detection methods become increasingly more sensitive, recent studies have revealed the subtle effects of prenatal alcohol exposure."

Fetal alcohol exposure is associated with a host of physical issues and delays in learning and behavioral development known as Fetal Alcohol Spectrum Disorders. Williams told Live Science that the toxic effects of drinking during pregnancy may not even be recognized until the child is a teen, then reveal itself in the form of problems with attention, memory, and judgment:

Prenatal exposure to alcohol is the leading preventable cause of birth defects and developmental disabilities. […] No alcohol use during pregnancy guarantees that fetal alcohol spectrum disorders will not occur.

What's distressing is that this kind of strict guidance might work for women who planned their pregnancies and knew about their babies from the second of conception, but nearly half of American pregnancies are unplanned. What advice do doctors have for those of us who were caught by surprise? The advice from the CDC is still to stop drinking as soon as you discover you're pregnant, and — as always — talk to your own doctor about any potential health risks.

And as hard as it might be, try not to beat yourself up about having a few drinks before you even knew you were pregnant. The key takeaway here is to stop as soon as possible, and to seek help if you need it.

More like this
How Ovulation Affects Your Sense Of Smell, Libido, & More
By JR Thorpe and Lexi Inks
An Expert Weighs In On The Viral Raw Carrot Salad Trend
By Alexis Morillo
Here’s Where The NHS Nurses’ Strike Currently Stands
By Sophie McEvoy
6 Organizations Fighting Police Brutality That You Can Support Right Now
By Syeda Khaula Saad and JR Thorpe
Get Even More From Bustle — Sign Up For The Newsletter
From hair trends to relationship advice, our daily newsletter has everything you need to sound like a person who’s on TikTok, even if you aren’t.