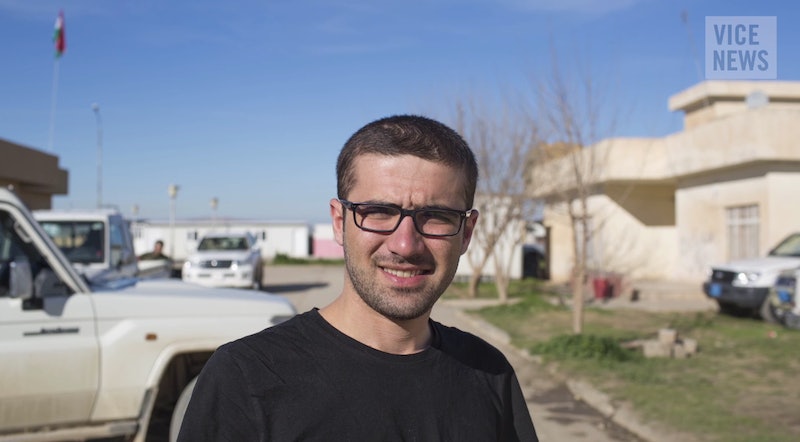 After being held in a Turkish prison for almost two months, Mohammed Rasool is getting an assist from VICE News, which has launched a #FreeRasool campaign. Rasool, a Turkey-based fixer and translator, was arrested in August along with British VICE News reporters Jake Hanrahan and Philip Pendlebury. Hanrahan and Pendlebury were released at the beginning of September — but Rasool is still behind bars.

According to Hanrahan, the three were reporting on the violent conflict between the Turkish state and the banned Kurdistan Workers Party. On Aug. 27, while in the southern city of Diyarbakir, the three journalists were arrested, accused of supporting a terrorist organization, and sent to a high level prison facility used to house ISIS militants. Despite pressure from VICE, the Turkish government continued to hold Rasool.

In an effort to bring awareness to Rasool's imprisonment and apply pressure to the Turkish government, VICE has started the #FreeRasool campaign. The publication is urging people to sign a Change.org petition and take action in any way possible. "The only way we're going to see a positive outcome to this situation is if we take it very personally," said Editor-in-Chief Jason Mojica in a video about Rasool. In addition to signing the petition, Mojica encourages Rasool's supporters to contact their local member of congress or parliament.

Despite being just 24 years old, Rasool has worked all through the Middle East as a freelance translator and fixer, acting as a guide and helping journalists navigate a foreign country. He has worked with The Associated Press, Al-Jazeera, and VICE News, all while completing school. Currently, Rasool is in the middle of obtaining a master's degree in international relations.

According to VICE founder and CEO Shane Smith, Rasool is being held on "completely baseless charges." The Change.org petition, which is also in Arabic and Turkish, is supported by the Committee to Protect Journalists. According to CPJ, there were 221 journalists imprisoned worldwide in 2014. And according to Turkey's Contemporary Journalists' Association, Rasool is one of 23 journalists currently being detained in the country.

Thus far, the Turkish government has not responded to calls to release Rasool. In early October, a Belgian journalist questioned President Recep Tayyip Erdogan about Rasool's imprisonment. The question was ignored, but the journalist and the station — which Rasool had worked with — was later warned not to use the footage. The incident was caught live on film.

Oct. 27 will mark two full months since Rasool was arrested, and the VICE News team seeks to apply pressure to officials across the world to help facilitate his release. To learn more about #FreeRasool or to sign the petition, check out the #FreeRasool petition.