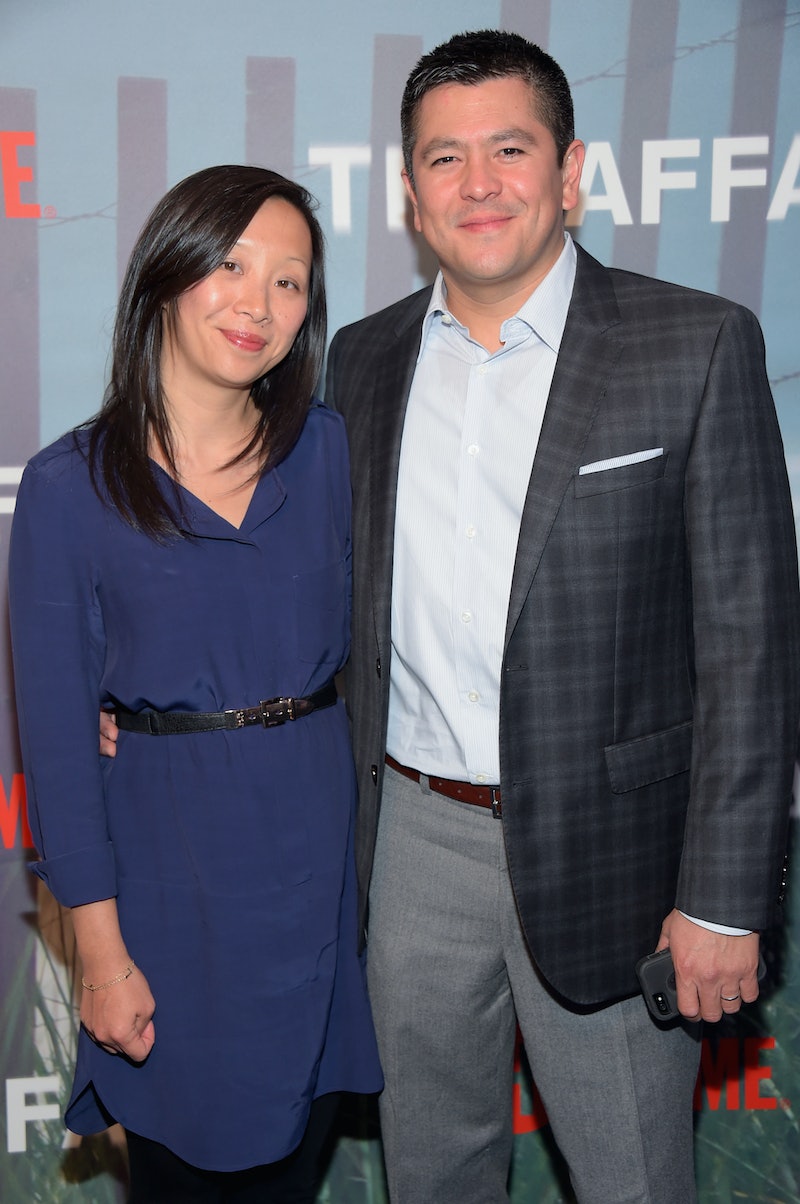 When a presidential debate night arrives, there's no doubt that it's all about the candidates: these are the folks who are in the running to run our country, after all. But debate moderators are known to toss in a bit of their own style when putting forth questions (Anderson Cooper made sure to point out at the first Dem Debate that some of the candidates were likely not the only ones to have tried smoking marijuana), so it's worth knowing a thing or two about the men and women running the show, asking questions, but mostly cutting candidates off when they run over time. And with the next GOP showdown just a week away, the time is ripe for (re)familiarizing ourselves with debate moderator Carl Quintanilla.

Quintanilla's current gig is co-hosting CNBC's Squawk On The Street and Squawk Alley, providing live coverage of global financial markets and technology news.The man is a NBC loyalist, actually, when it comes to broadcast news; he left his reporter job at The Wall Street Journal in 1999, and he's been with the network ever since. Quintanilla covered two Olympic Games (Beijing and London) and pretty much every other major news event of the 2000s. Quintanilla's already a familiar face when it comes to presidential election politics, having reported the 2004 campaign, and he can now cross "presidential debate moderator" off the broadcast journalist to-do list.

Quintanilla also has a ridiculously cute family, and he isn't afraid to share his most Kodak-y moments on social media.

It's no surprise CNBC viewers have faith in Quintanilla after all these years to share with them whatever's newsworthy (or just really adorable). When they felt the second GOP debate could have gone another route, they looked to Quintanilla to bring it there.

And maybe he will bring it there. Worth noting, though, is Quintanilla won't be the lone questioner on stage at the University of Colorado Boulder next week. CNBC also announced that co-anchor of Squawk Box, Becky Quick, and CNBC's chief Washington correspondent, John Harwood, will be moderating. You'll also get to hear a question or two from Mad Money host Jim Cramer, Squawk On The Street host Rick Santelli, and CNBC Senior Personal Finance Correspondent Sharon Epperson.