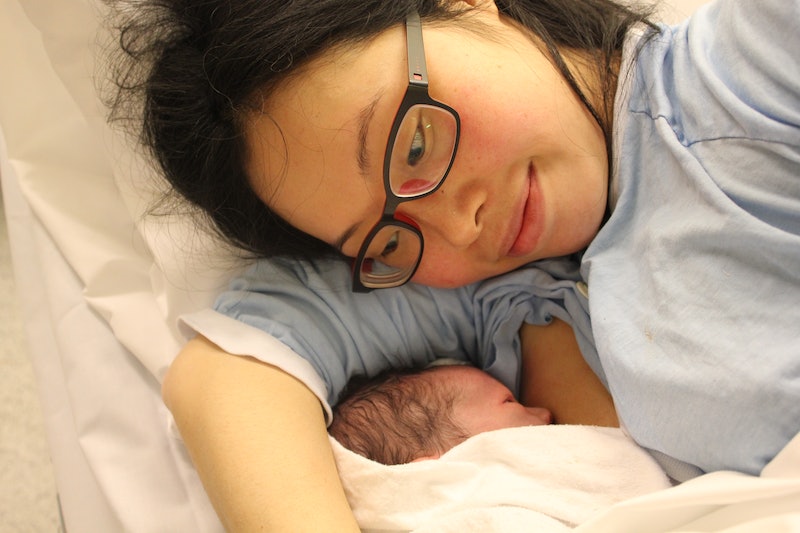 Here's some potentially awesome news for people working in Washington, D.C. City council members Elissa Silverman and David Grosso introduced a bill Tuesday that would provide 16 weeks of paid leave for D.C.-area parents for medical or family reasons, including birth, adoption, or fostering a child. If it passes, the bill will guarantee the most generous parental leave in the nation. And it's looking promising. A similar bill introduced by Grosso and Kenyan McDuffie passed last year which granted D.C. city employees up to eight weeks of paid leave. Now they're hoping to get coverage for private sector workers, too. The advocacy group D.C. Paid Family Leave makes the case:

While many of us can request the time we need to care for our families and ourselves, most jobs only provide unpaid leave. It is wrong and unrealistic to expect families, especially when they’re already struggling, to rely on unpaid leave when hard times strike. This means we’re forced to make impossible choices between caring for the people we love and earning the money we need. With a paid family and medical leave insurance program in DC we can improve workplace standards and ensure that families have the financial stability they need when life happens!

The plan is for paid leave to function similarly to unemployment insurance. Employers, federal workers, and D.C. residents who work elsewhere would contribute to a family and medical leave fund. Employee contributions would be governed by income, with those who make the highest salaries contributing the most — one percent for workers earning over $150,000 annually. Self-employed residents would be able to opt out of contributing altogether. To receive benefits, employees would need to file a claim, and then be paid 100 percent of the first $1,000 per week and 50 percent of any additional pay per week, up to a maximum of $3,000 per week.

"Almost every country in the world has paid family leave except for the United States, and I think it's time that we rectify that," Silverman told WAMU. I second that! And I believe John Oliver would as well, since he perfectly illustrated just how out-of-whack U.S. maternity leave policies are on a recent episode of Last Week Tonight:

The bill does have its detractors, though. Harry Wingo, president of the D.C. Chamber of Commerce, says they will not support the bill. "Our concern is that this would go further than any other type of legislation in the nation, in a bad way. The burden would be completely on employers, so this would be employer funded, and in fact employees would not be contributing as they do in other systems." Employer funding is necessary because the city's charter prohibits taxing non-residents. "I understand the chamber's concerns," said Silverman, "but study after study show that workers who feel like their employer care about them end up being more productive workers, and that benefits employers."

Indeed, employees are more likely to return to work when employers offer paid leave. This translates to money saved for the employer. According to the Institute for Research and Employment, it costs $4,000 on average to replace an employee, with costs rising as high as $7,000 for professionals and managers. A Center for Economic Policy Research survey of employers found that providing paid leave "had either a 'positive effect' or 'no noticeable effect' on productivity (89 percent), profitability/performance (91 percent), turnover (96 percent), and employee morale (99 percent)."

The research is clear. Paid family and medical leave makes sense for everyone. The D.C. bill must go through two separate rounds of voting to pass, which Grosso believes is a lock, due to its many co-sponsors. After that, it will be sent to Mayor Muriel Bowser for consideration. Bowser is not yet on board with the bill, reports D.C.'s WTOP, but the city's workers remain hopeful.