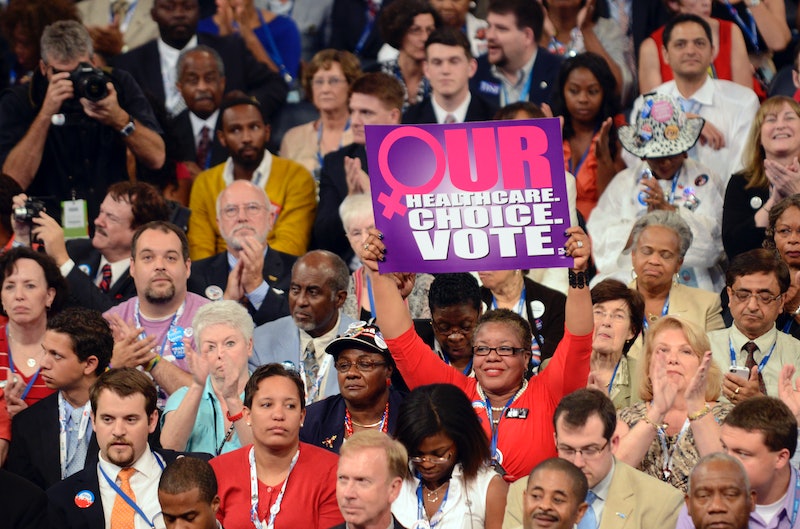 As much as $7 million could be diverted from Ohio's Planned Parenthood if a bill that just passed the state senate is signed into law by GOP presidential hopeful Gov. John Kasich. The proposed legislation is looking to eliminate distribution of state and federal funds to the reproductive healthcare provider. Those amounts, which are distributed in the form of grants, range anywhere from $1 million to $7 million. That money would instead be moved to other healthcare providers. Though opponents of the organization cite its abortion services as the primary reason to defund it, this bill affects far more than that. Ohio cutting Planned Parenthood funding means a whole host of very important resources for women are being affected.

Although Ohio has a total of 28 Planned Parenthood facilities, only three locations provide abortion services. Other healthcare options provided include HIV testing, cancer screenings, and infant mortality reduction — the latter of which is especially important in Ohio, given that the state's overall infant mortality rate is significantly higher than the national average by at least 1,500 incidents, according to a 2013 study by the Ohio Department of Health. Even basic services such as educational resources and family planning could be affected.

Planned Parenthood advocates are dumbfounded by the approach to target the many educational and preventative healthcare measures provided by the organization rather than specifically honing in on abortion-related services. NARAL Pro-Choice of Ohio Executive Director Kellie Copeland spoke to The New Republic about the proposed legislation:

The push for defunding in Ohio came about following a series of controversial videos released by pro-life activists alleging that Planned Parenthood was profiting off fetal tissue sales. Planned Parenthood contends that the funds they receive are simply reimbursement. Fetal tissue isn't being sold but rather donated to researchers, a practice that is illegal in Ohio and thus does not affect the state. On a national level, the organization states that they will no longer even seek to recoup funds, citing intense public scrutiny and pressure.

The bill is expected to be signed by Kasich, who has a strong pro-life record that includes the passage of 16 anti-abortion bills and counting. During his tenure as governor, he's halved the amount of facilities open that do provide abortions in Ohio from 16 to eight. A companion bill has already been introduced in the state senate and sent to committee. Ohio's legislative move is one of just many state efforts to defund Planned Parenthood, including in Alabama, Arkansas, Louisiana, and Utah, all of which are being sued by the organization.

Texas is likely to be next on that list after announcing plans to prevent Medicaid funding from reaching Planned Parenthood. Ohio's legislation has been speculated to be signed by Thanksgiving and, barring a major change of heart and complete departure from Kasich's voting record, the reproductive healthcare provider faces yet another legal fight following the bill being passed into law.