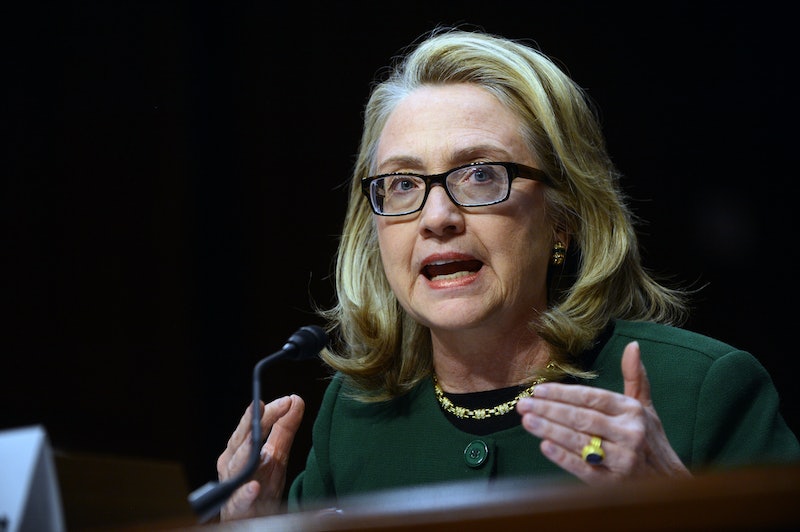 On Thursday, Hillary Clinton will testify before the House Select Committee on Benghazi to put to rest the question of her role in the attack on the American compound in Benghazi, Libya, in 2012 — an attack by Islamic militants which left four U.S. citizens dead. This has been a long, confusing, politically charged ordeal for the American people, who are often left in the dark when it comes to matters of security. Questions linger regarding the events of Sept. 11, 2012, which we can only hope will be answered when Clinton testifies on the Benghazi attack.

The hearing will take place at 10 a.m. ET on Thursday at the Capitol. It will be aired on C-SPAN and also available for live-streaming on the Committee's website. If you are in Washington, D.C. on the day of the hearing, it will be open to the public on a first-come, first-serve basis.

Clinton, who was secretary of state at the time, took responsibility for the lack of security presence. In her memoir Hard Choices, Clinton wrote "I was the one ultimately responsible for my people's safety, and I never felt that responsibility more deeply than I did that day." The State Department has received criticism for inadequately protecting the base despite requests for more protection. In the months and years that followed the attack, confusion remain over how it was allowed to happen.

This is not the first time Clinton has testified before Congress about her role in Benghazi. In 2013, Clinton appeared before the Senate Foreign Relations and House Foreign Relations committees to clarify the events leading up to the attack. After the release of private emails, Clinton received while secretary of state to government investigators, Clinton was called to testify again, this time before a specially organized committee focused on the events in Benghazi in 2012.

For Clinton, the aftermath of Benghazi has been politically damaging to her campaign. She has faced questions about her competency in managing the State Department, and Republicans have questioned her about the slow release of her emails to investigative scrutiny.

Republicans on the interrogating committees, on the other hand, face accusations that they are targeting the presidential candidate in a political witch-hunt to damage her reputation before the 2016 election. Committee Chair Trey Gowdy will lead the questioning against Clinton. In recent weeks, House Democrats accused the committee of intentionally seeking to hurt Clinton's campaign, particularly when Gowdy seemed to admit the investigation was part of an effort to damage Clinton's presidential campaign. Gowdy has resisted these claims, adding that the stress leading up to the Clinton hearing have made these weeks "among the worst in my life."

It's too sad that a tragedy, which resulted in the deaths of four people, has festered into yet another bout of political finger-pointing. Hopefully Thursday's hearing and the end of the Committee's testimonies bring clarity and conclusion to what happened that day in 2012.