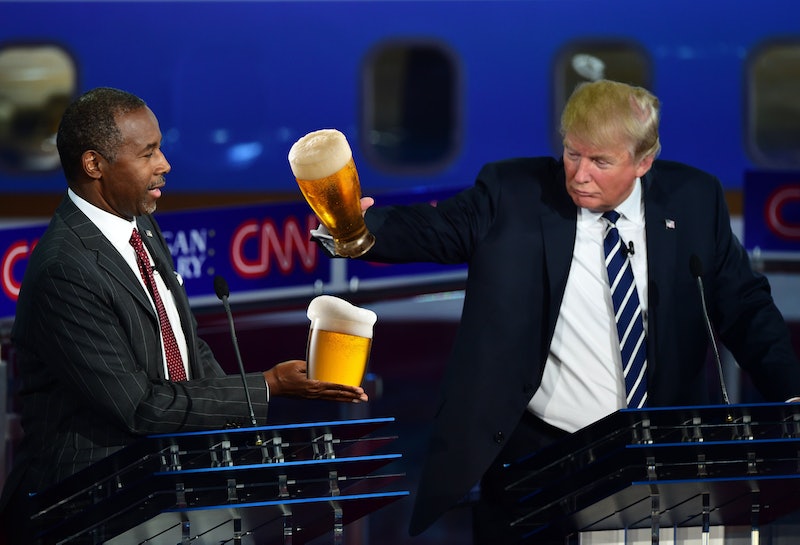 The field has narrowed, the candidates have been selected, and the time is nearing for the next Republican primary debate, but there's one thing missing — the third GOP debate drinking game that will make you hate the political arena the next morning. If this Wednesday debate goes anything like the last two, alcohol may be needed. Lots of alcohol.

There's pretty much only two ways the debate can go. Either the Republicans will have taken a page out of the Democrats' book and decide to play nicely while on stage together, or it will be another fight of epic proportions. A lot of it comes down to the moderators and what types of questions the candidates will get asked. If CNBC decides to emulate CNN, then candidates might get pitted against each other again and encouraged to pile on the insults.

Let's not forget the elephant in the room either: Donald Trump, champion of one liners and master of the insult, will also be on stage. Trump is pretty much the only reason why people are watching the debates this year, and he knows it. But we have to thank him for blessing us with one gift: his campaign successfully negotiated the debate length down to two hours.

But whether it's incredibly boring or the wrestling match of the century, here's your guide for getting completely drunk on a Wednesday night.

Chug The Whole Drink If...

Please remember to drink responsibly, and never drink and vote. And be forewarned: this debate may cause you to have to call in late to work the next morning. When your boss asks you why, just blame democracy.