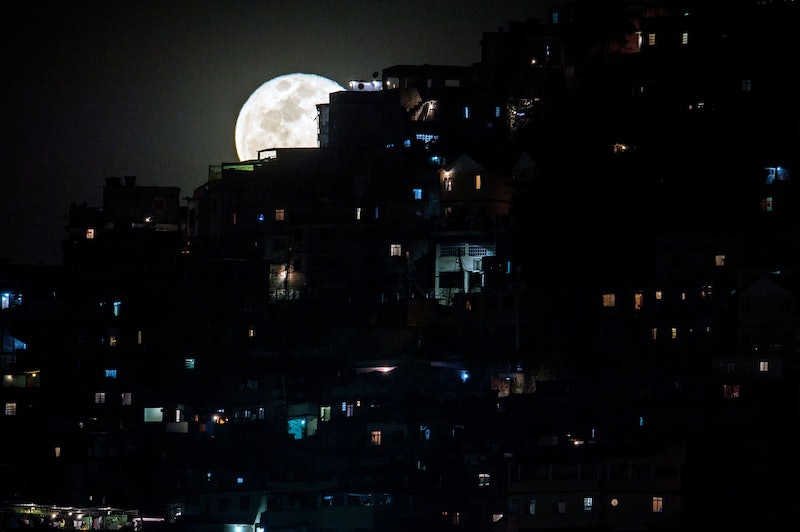 Daylight Saving Time is set to end at 2 a.m. on Nov. 1, just as revelers are finishing up their Halloween celebrations. The fall back is marked with losing an hour as the seasons change and the days become shorter since DST was implemented as a means of saving energy so that schedules better coincided with daytime hours. The shift in time also comes with some risks, surprisingly. Thanks in part to the partial sleep deprivation caused by losing that hour, death by Daylight Saving Time is a very real thing.

An additional factor is simply the fact that it's so much darker out once DST ends. Lawrence University Economist David Gerard tells TIME that "even though it’s dark, you're still behaving like it's light," hence the reported uptick in auto accidents following the "fall back." According to a 2004 Accident Analysis and Prevention study cited by TIME, nearly 200 lives could be saved on the road if DST weren't implemented. Likewise, 171 pedestrians could also be saved. A University of Colorado, Boulder, report further bolsters this claim, citing a 17 percent increase in fatal car crashes immediately following the end of DST. Once again, visibility and lack of sleep were cited as contributing factors.

A 2009 Journal of Applied Psychology study concludes that DST affects you long after you've finished your morning commute and settled into work for the day. Not only was there an uptick in workplace injuries following the ending of DST, but many of the injuries recorded were far more severe than is typical. An additional component of the study shows that, on average, workers lose as much as 40 minutes of sleep. However, at the start of DST, those numbers appear to be no different than on any other day.

Oddly, health risks run the exact opposite; they are more likely to occur at the beginning of DST. According to a three-year study of Michigan hospitals spanning 2010 and 2013, the rate of patients experiencing heart attacks increased by nearly 25 percent following the implementation of DST. That rate significantly drops back down to normal by the time DST ends in the fall. An Australian study submitted to the Sleep and Biological Rhythms academic journal correlates the start of DST with a rise in suicide rates among the country's male population. Yet again, suicide rates were higher during the start to DST than after it had ended.

By having both starting and ending DST increase your risk of fatality, it's no wonder so many people are looking to rid the United States of the system altogether. But come Halloween this year, make sure to keep an eye out because you'll just never know when the clock is ticking on your life.