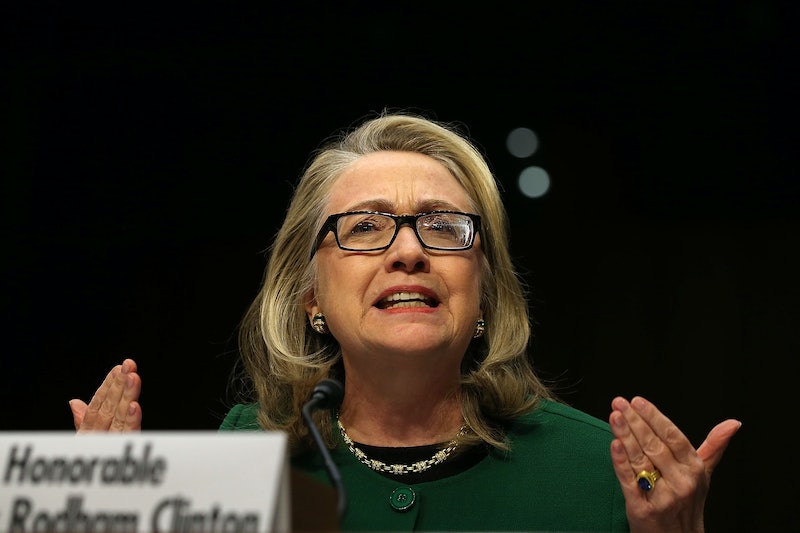 The lengthy investigation into the 2012 consulate attack in Benghazi, Libya, is finally culminating in a second testimony to be delivered by Hillary Clinton on Thursday. The former secretary of state is expected to spend at least eight hours answering questions about the tragic event that saw the killing of four Americans at a diplomatic and military intelligence facility. Considerable time has been spent investigating Benghazi, with a total of eight committees having been convened and over two and a half dozen hearings held cumulatively. Just how much the Benghazi investigation has spent in taxpayer money is even more dizzying.

The House Select Committee on Benghazi has spent over $4.5 million over the course of a year and a half. It has been used for financial as well as, arguably, political gain. At one point, the committee's sheer existence was used for the solicitation of campaign funds by former Arizona Rep Andy Tobin, who sent out a fundraising email specifically citing the Benghazi investigation, despite the fact that the committee's chairman Trey Gowdy explicitly condemned such behavior. Likewise, New York Rep. Richard Hanna as well as House Majority Leader Kevin McCarthy have insinuated that the committee was meant to hurt Clinton's chances at a White House bid. McCarthy has since apologized and stated that he misspoke.

For both financial and political reasons, prominent Democrats have called to disband the House Select Committee on Benghazi, as well as the repayment of all taxpayer funds for its efforts. Minority Whip Dick Durbin, Minority Leader Harry Reid, and many other prominent Democrats signed and sent a letter to RNC Chairman Reince Priebus on Wednesday expressing their disdain at the ongoing Benghazi committee efforts. The letter states:

We urge the RNC to fully reimburse the U.S. taxpayer and cease all fundraising opportunities linked to the Select Committee. ... [It] has already spent more than the budget of the entire House Intelligence Committee, yet has yielded few new insights or meaningful information about the 2012 attack. This information further confirms that official government resources have consistently been used, and are continuing to be used, for purely political purposes.

It's unclear what's next for the committee following the forthcoming fourth hearing on the incident, which will feature Hillary Clinton's testimony. The House Select Committee on Benghazi has spent on average nearly $250,000 per month since launching their investigation. If hearings continue through to the end of the year, the committee will be on track to spend a total of over $5 million, all in taxpayer funds. It's a considerable amount for an investigation that appears to have already been decided. If the committee is indeed solely focused in taking down Clinton, her remarks on Thursday will undoubtedly influence further investigation.